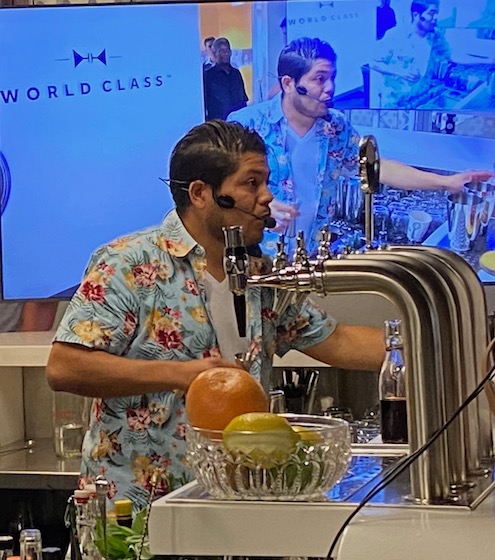 Virgin Voyages’ Edgar Pacheco creating one of his winning cocktails to garner the 2022 World Class Cruise Bartender of the Year 2022 title.

Virgin Voyages bartender Edgar Pacheco, from Cancun, Mexico, was crowned the Diageo World Class Cruise Bartender of the Year on May 31 during the final stage of the cruise competition in Diageo’s Miami office. He will now move on to represent the cruise industry at the World Class Global finals.

Pacheco competed against five other contenders from four cruise lines: Santos Mercedes (who won the title in 2015) and Alexandra Muresan from Celebrity Cruises; Patricio Salles from Princess; Gerlie Arbolente from Norwegian and Danny Judge, also from Virgin. The event took place at the Diageo Bar, which had opened for the first time since the pandemic just a few weeks earlier.

World Class is the largest and most respected bartending competition in the industry and has been taking place for the past 13 years. Diageo says that World Class has been instrumental in transforming cocktail culture around the world and over the years, has trained more than 400,000 bartenders from across the world. 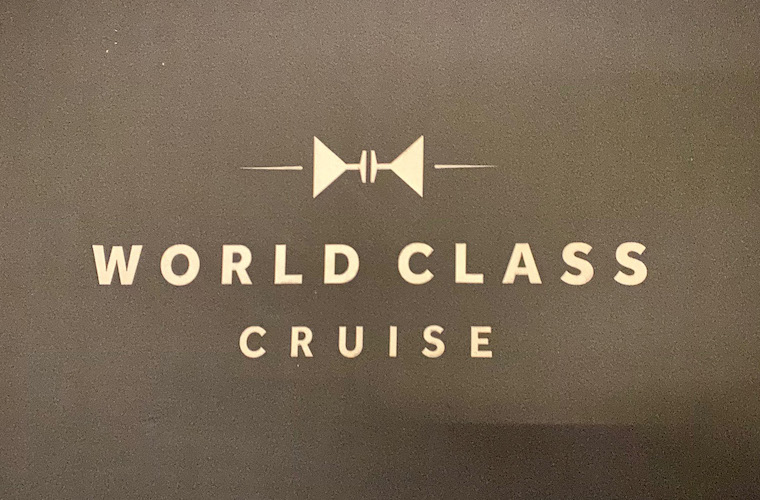 Pacheco will now join 49 other “best bartender” finalists from across the globe in Sydney, Australia in September where they will compete for the title of “Best Bartender of the Year.”

The Miami competition was MC’d by Los Angeles-based Adam Fournier, who is the 2021 World Class U.S. Bartender of the Year, and a Top Five Global Bartender.

The three 2022 Cruise ambassador judges were also heavily involved in the program: Laura Newman is the 2018 World Class U.S. Bartender of the year, the first woman to win the U.S. title. She has been a national finalist for numerous other cocktail competitions as well. She currently owns and operates Queen’s Park in Alabama.

Nathaniel Capannos is a bar manager, consultant, cocktail creator and another former World Class competitor, most recently placing in the U.S. Top 5 in 2021.

Marla White, head bartender for Lona Cocina Tequileria, is also a World Class Cruise Studio Educator. Her work has been featured nationally in magazines like UpRoxx and Forbes.

White helped prepare this year’s class of bartenders for the competition, through the World Class Studios, a platform created by Diageo to help educate and inspire bartenders around the world through access to online training modules.

Specifically for World Class Cruise, Diageo organized four weekly online sessions for the participants, where they received training to get them ready for the final competition. Marla White was in charge of the training and was the World class Ambassador this year. 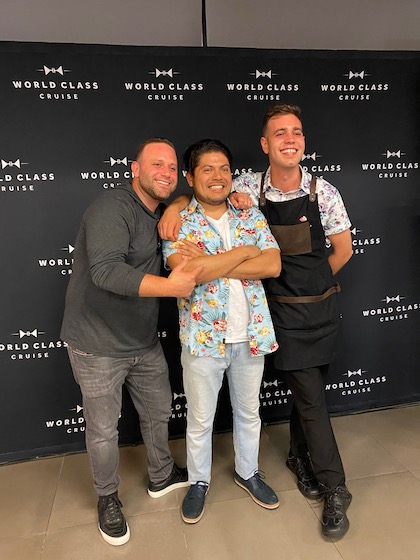 The Cruise competition consisted of two challenges. In the first challenge, the six competing cruise bartenders had to present an original cocktail to the judges, created by using one of four “topics” that had been covered in this year’s World Class Studios training modules, taking into consideration sustainability, diversity and community.

One challenge involved “Underground Agriculture” using geophytes (plants with tubers, corms or rhizomes). In this challenge they had to use geophytes to craft a homemade syrup and build a “beautifully balanced” cocktail using Don Julio tequila. In the Culture Club/Seasonality module, the bartender had to take an agricultural ingredient that means something to them, preserve it and incorporate it in a Don Julio cocktail.

The two other modules incorporated Ketel One vodka. In Home Brew, the cocktail had to be inspired by a unique, flavorful or funky community home brew (coffee, tea, beer, kombucha) combined with Ketel One, and in the Community Spirit module, the cocktail-maker had to recognize that bars, pubs, cafes, and restaurants are integral community gathering places, even onboard cruise ships, and had to create a cocktail that in some way benefited their local community, either through direct financial gains such as funding or by purchasing of local ingredients. 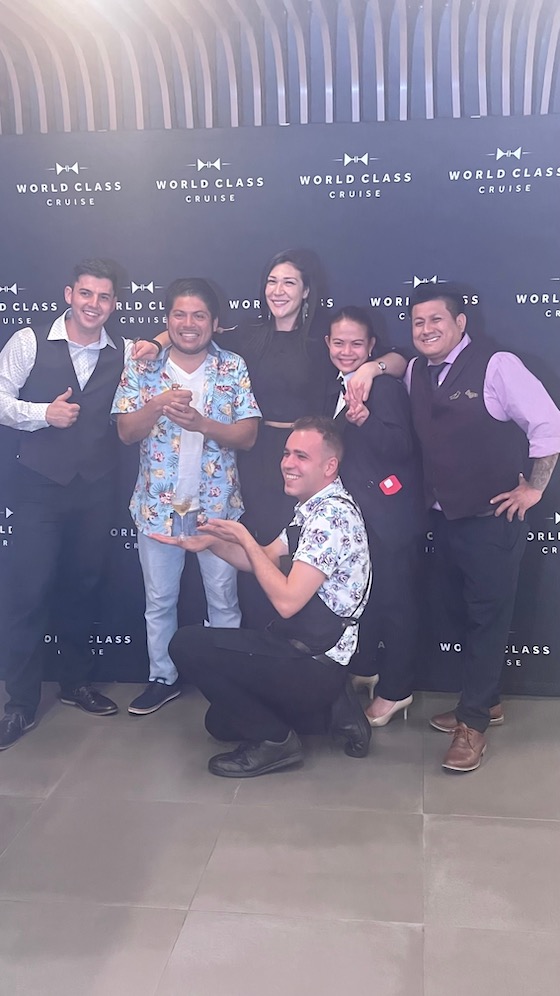 Each of the original six competitors had five minutes to create three serves, after which one of the three judges gave feedback.  Of the six, four bartenders went on to the second challenge, entitled “Wanderlust.” Each of the four had seven minutes to create two original cocktails representing two different countries or parts of the world.

An essential part of each presentation was the story and commentary that accompanied the preparation of the cocktail. Appropriately for a cruise competition, winning bartender Pacheco based his first original cocktail on the legend of a famous ship that had wrecked hundreds of years ago. It had been loaded with treasures including rich spices. Along with his very entertaining story, his winning cocktail featured a selection of the spices that had been lost.

Pacheco specializes in drinks made from Mezcal. He was hired as Virgin Voyages’ first “Mezcalier” and was integral in launching the Mexican restaurant, Pink Agave – with the largest Tequila and Mezcal library at sea.