When WTDC president and CEO Sean P. Gazitua first visited the IAADFS Duty Free show in 2013, he was focused on meeting with his existing customers to review their Operations. “It seemed that everywhere we went, our current customers were introducing us to other suppliers, “ Gazitua said.  “Almost all of them were having the same logistics obstacles that we were resolving on a day to day basis.” 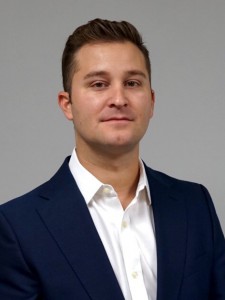 The company began restructuring to better suit its spirits customers and their client base. WTDC developed spirits-specific standard procedures while considering distinct requirements for each customer. Technology and personnel would become the focus of WTDC’s culture shift.

Understanding the buying cycles of the duty free market and their need to consolidate orders was also critical. WTDC became a duty free marketplace of sorts, a location where buyers could purchase from multiple suppliers and consolidate under one roof.

From COLA waivers and spirits samples to navigating intricate customs regulations for each country, it has been the challenges of its customers that have now become opportunities for the company.  WTDC has evolved to provide complete global logistics solutions, elevating itself from a bonded warehouse to include Foreign Trade Zone, Air and Ocean Transportation, and Customs Brokerage services. A temperature control area was also built within the warehouse so customers could warehouse their liqueurs, cognacs, and champagnes alongside their other spirits inventory.

Gazitua maintains a longstanding relationship with the developers of their warehouse management system. With his assistance, they built out new platforms and inventory control tools to manage spirits in a Foreign Trade Zone environment. Numerous EDI integrations added to his growing knowledge of systems and the importance of automated processes to facilitate orders and documentation. WTDC also invested in new servers, closed Wi-Fi networks, RFID scan guns, cloud server backups, and firewall technology.

As WTDC maintains a robust Internship program with local universities, there were willing and able educated personnel ready to tackle new challenges. Among the processes introduced for the spirits market were KPIs and cargo verification, many of which were completed by the student Interns.  Many of these interns that began with the company learning the ins and outs of cargo verification have now become valuable assets as part-time and later full-time employees. The company recently expanded its customer service department and continues to make efforts to streamline all logistics processes for its customers.

“Last March we kicked off our 40th year in business and we’ve significantly grown our spirits customer base this year,” WTDC president and CEO Sean P. Gazitua said. “We are excited about what the future holds for our company.”