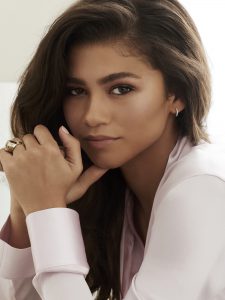 Lancôme has named Zendaya Coleman as the brand’s newest global ambassador. The 22-year-old American actress, singer, and fashion authority adds her unique and diverse vision to the French luxury house of beauty, said the official announcement.

“Zendaya brings a youthful and a unique approach to beauty that perfectly complements Lancôme’s vision and creativity,” said Françoise Lehmann, international president of the L’Oréal-owned French beauty brand, in a statement.

The former Disney Channel-star has a social media following of more than 54 million, and has become one of the most influential and prominent names in the industry. She uses her influence to promote education and positivity and her involvement with charitable causes ties in with Lancôme’s philanthropic commitment. .

Zendaya appeared in Marvel’s “Spider-Man: Homecoming” and “The Greatest Showman” and will also reprise her role of MJ in Spider-Man: Far From Home this summer, as well as star in HBO series Euphoria later this year.