Hudson Group has named Roger Fordyce as its new Chief Executive Officer, effective  January 8. He replaces Joseph DiDomizio who is leaving the Dufry-owned company to pursue other interests, the company said in a statement.

DiDomizio was a key executive in expanding the footprint of the Company and successfully led Hudson Group to become a listed company on the New York Stock Exchange.

DiDomizio will also leave the Board of Directors of the company. 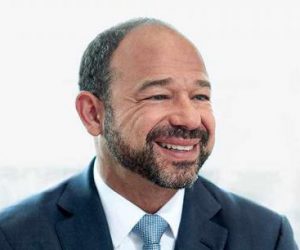 Fordyce joined Hudson Group 30 years ago and served as Executive Vice President and Chief Operating Officer of Hudson Group until his appointment as CEO. While EVP and COO he was responsible for the day-to-day general management of the company. Prior to joining Hudson, Fordyce held positions as manager at Dobbs/Aeroplex, WH Smith, and Greenman Bros.

On Jan. 10, Hudson announced the approval of a Shareholder Written Resolution that appoints Roger Fordyce to succeed Joseph DiDomizio as a Class III Director of the Company until the Company’s 2021 annual general meeting or until his office shall other-wise be vacated pursuant to the Company’s by-laws.