The Kansas City Chiefs may have brought home the Vince Lombardi Trophy from the 2020 Super Bowl championship earlier this month, but the city of Miami could be considered the biggest winners, with some estimates saying the city could enjoy an economic impact of more than $500 million from hosting one of the biggest sports extravaganzas in the U.S.

Miami International Airport was certainly a winner, reporting that it served a new daily record of nearly 80,000 outbound passengers on Monday, February 3 following the big game.

To help Super Bowl LIV travelers kick off their departure from Miami the day after the big game, the Miami-Dade Aviation Department teamed up with the Transportation Security Administration and participating airlines and service providers to accommodate travelers on what was correctly projected to be a record-high day for departing passengers at the airport. 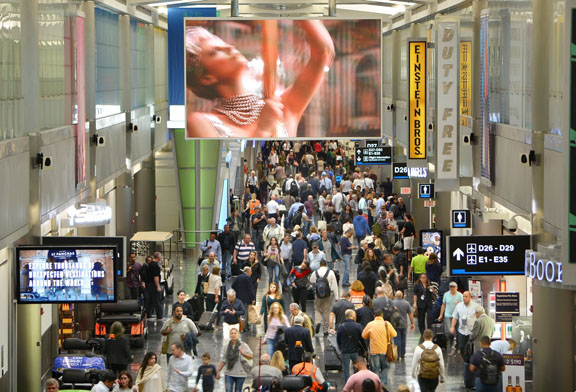 Additionally, a total of more than 1,000 private jets arrived at MIA, Miami-Opa locka Executive Airport and Miami Executive Airport from January 29 to February 3 – twice the amount during the same period last January.

To accommodate for the passenger increase, the TSA provided extended hours of operation and an increased number of TSA PreCheck lanes, airlines provided additional flights to the airports serving the Super Bowl LIV teams, and concessions opened early for the additional flights, with some extending their operations to 24-hour service.

DFA CEO Jerome Falic tells TMI: “There was a definite increase in sales with the increased traffic. There were several international fans that came specifically for the Super Bowl, especially from Mexico.” The benefit was felt across all categories, said Falic.