Ck2 was launched in the Caribbean on Dec. 1 by Tairo International, which is playing up its Caribbean exclusivity with a fun-filled Instagram campaign with Beauty Advisors letting everyone know that they have #‎CK2B4U‬‬ !!!

The ck2 fragrance is a dual-faceted urban woody fresh scent by perfumer Pascal Gaurin of IFF in collaboration with Ann Gottlieb that balances electric freshness with magnetic warmth.
More than twenty years after it launched its original ground-breaking unisex ck one, Calvin Klein is positioning ck2 as a “scent for the two of us”, as it celebrates the diversity of connections between two people.

The launch of ck2 features a global call to action asking consumers to show how they “Get Together” with the hash tag #the2ofUs. Consumers who submit their own #the2ofUs content will have a chance to be featured on the calvinklein.com gallery. 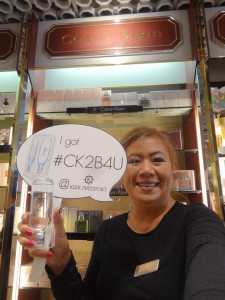 Beauty Advisors at Kirk Freeport in the Cayman Islands and in Nassau, The
Bahamas (below), tell shoppers that they
have Calvin Klein’s new ck2 fragrance
for sale, exclusively in travel retail! 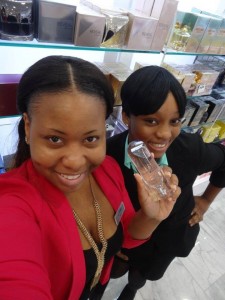