Travel Markets Insider is the industry leader in covering the travel retail and duty free markets in the Americas. It is the only travel retail industry publication based in the United States, providing our readers with a unique perspective on the news in this part of the world, and our South Florida location situates us in the center of the Travel Retail industry in the Americas.

More than 5,000 key decision-makers in the US, Canada, Mexico, the Caribbean, South and Central America and Europe read the subscription-based Travel Markets Insider newsletter every week. We are very proud of our reputation as a timely, objective, reliable and insightful source of information about the issues critical to the business in this part of the world.

Since publishing our first faxed newsletter in June, 1997, Travel Markets Insiderhas covered the news that has made a difference in your business. Since November 1999, TMI has been sent via E-mail, the first industry publication to use the Internet to deliver a formatted publication on a regular basis. We have now published more than 650 issues, and our subscriber base grows on a daily basis.

Lois Pasternak, who along with her husband Paul founded Travel Markets Insider in 1997, brings nearly four decades of communications experience to the company. She began her career at one of the world’s top public relations consultancies, Burson-Marsteller, where she was involved in corporate and financial communications for many Fortune 500 companies. She joined Paul in the late 1970s in opening B-M’s first agency in South America, in Sao Paulo, Brazil, where she handled such accounts as the U.S. Trade Center. Lois became involved with the Duty Free/Travel Retail industry in 1993, working with esteemed journalist Linda Hopkins on several publications, until Linda joined Tax Free World Association in 1999.

Michael Pasternak has been involved with the Duty Free/Travel Retail industry for more than ten years. Earning an advanced degree in journalism from Chicago’s Columbia College, during which time his work appeared in the Chicago Tribune and other media, Michael joined Travel Markets Insider full-time in 2009 and became Executive Editor in 2011. He oversees all of the TMI digital and website activities as well as specializing in Spirits and Wines coverage. Michael is based in Florida. 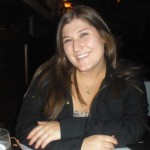 With degrees in both Creative Writing and Education, Lara Pasternak Robicheaux was a New York City theater teacher  and playwright for seven years before joining the TMI team full time in 2014. Lara serves as Deputy Editor and specializes in Confectionary coverage. Lara is based in Minneapolis, Minnesota.

With more than 25 years in the duty free business as a supplier, a consultant and as a journalist, Buenos Aires-based freelance reporter John Gallagher provides in-depth and timely news from the heart of South America.