Cruise Lines International Association (CLIA) announced its third voluntary suspension of U.S. cruise operations for its ocean-going cruise line members until at least October 31, 2020. The latest announcement was made on Aug. 5.

On behalf of its members, the Association said, in part:

“This is a difficult decision as we recognize the crushing impact that this pandemic has had on our community and every other industry. However, we believe this pro-active action further demonstrates the cruise industry’s commitment to public health and willingness to voluntarily suspend operations in the interest of public health and safety, as has occurred twice prior.

“CLIA cruise line members will continue to monitor the situation with the understanding that we will revisit a possible further extension on or before 30 September 2020. At the same time, should conditions in the U.S. change and it becomes possible to consider short, modified sailings, we would consider an earlier restart.”

According to CLIA’s most recent Economic Impact Study (released November 2019), cruise activity in the United States supports nearly half a million (421,000) American jobs and generates $53 billion annually in economic activity throughout the country.

Each day of the suspension of U.S. cruise operations results in a loss of up to $110 million in economic activity and 800 direct and indirect American jobs.

The impact of the suspension is particularly profound in states that depend heavily on cruise tourism, including Florida, Texas, Alaska, Washington, New York and California. 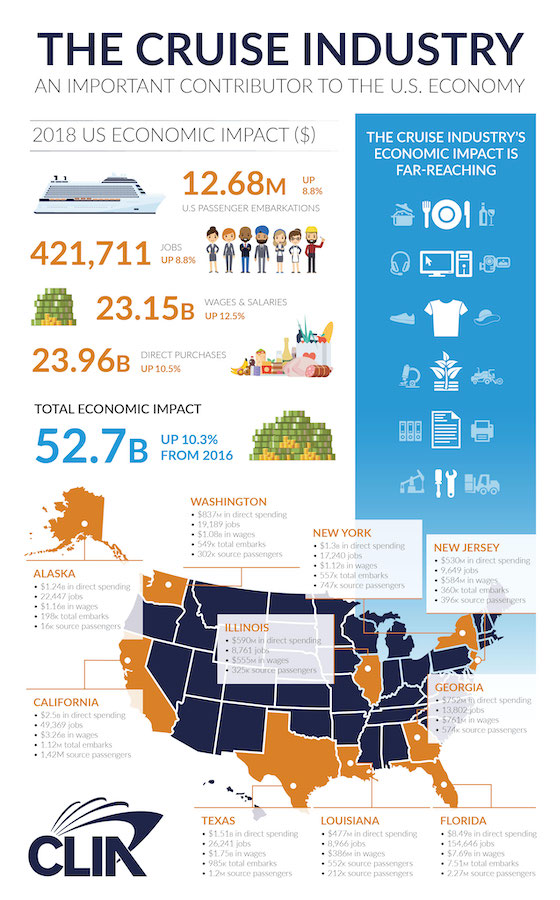