The Board’s decision to eliminate the role of executive director last September is just one facet of the new direction being taken by the Association, which hosted its 32nd annual convention in November.

For the foreseeable future, the FDFA has streamlined its operations and will be focusing on only three core issues, explained FDFA president Abe Taqtaq, during an in-depth interview with TMI at the Montreal convention. The new mandate will only cover Government relations; the FDFA Convention and increasing membership.

Taqtaq says that the FDFA membership enthusiastically endorsed the new focus during the Operator’s Meeting that kicked off this year’s session, and many pledged to take a more active role in meeting the new objectives. 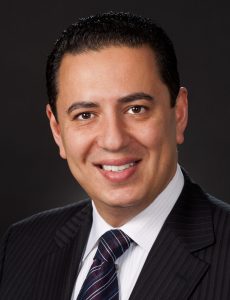 “In the past the Association became involved with many other initiatives—marketing, education, training, etc. but we have re-evaluated our objectives and decided this is what we should be doing at this time,” he said.

The FDFA has established two committees to analyze the best way the Association can meet the challenges it sees ahead.

“Although we do not have an executive director right now, I am not saying that we will not have one in the future. But instead of just going ahead and hiring one, the board felt that we needed to contact the operators first and define some basic objectives about the Association: What do we do? How do we do it? What responsibilities would an executive have? Would we be better off with a lobbying organization? These are basic question.”

The Association had become very complacent, he explained.

“It is amazing what happens when you are in transition. You are able to look at everything, almost with new eyes, and this has been very interesting for us to see what has fallen through the cracks. This transition and reevaluation has given us a clean slate. This association, after 32 years, is getting a fresh start.

“If you always put forward the same motions and the same approval process, nothing new happens. We have been doing the same thing over 32 years. The internet wasn’t around 32 years ago. Amazon wasn’t here. At that time 65% of our business was tobacco and liquor. Come on. This is a different world. Our organization and convention suited us well for most of that time. But it is no secret that over the past five years there have been more challenges.”

Every aspect of the organization will be re-evaluated, said Taqtaq.

“There will be no more marketing, no more eco bags, no more collaboration tools. But some things will remain. The FDFA will always be here. We are always going to have an office. It is staying in Ottawa, at least for now. We are always going to conduct government relations. But retail is changing. And with the new dynamic of the retail world and the changes going on within our suppliers, this is an area we have to watch.

“Other than facilitating and disseminating information and gathering data for the members, we don’t want to get involved in business decisions. We don’t want to get involved with running people’s stores. Let the operators do that. All we want to do is represent our members. We can do that most effectively by representing them collectively, both in front of government and in front of suppliers. By that I mean by setting up the framework for the convention. We want to hold a convention that has value not just for the operators, but also for the suppliers.”

Taqtaq and the Board made a point of thanking FDFA Operations Manager Allison Boucher, who did an excellent job putting together this year’s convention, especially after longtime Executive Director Laurie Karson left the Association in September.

“Allison really stepped up; her work effort is wonderful. The Board also had to become much more heavily involved, and it did,” he noted.

Taqtaq had an opportunity to speak at length with the new director in charge of Canada’s duty free shop program, Doug Band, and believes that there is nothing pressing confronting travel retail in the Canadian government right now.

“There is some fine tuning we need to do with current programs and we have a wish list in front of CBSA. I look forward to being in Ottawa early in the year and meet with Doug Band (who was appointed director general of CBSA duty free program in August) to discuss these.

The FDFA also continues to be active on the Duty Free World Council. Although the FDFA Board decided not to merge its convention with that of IAADFS and ASUTIL, Taqtaq speaks regularly with Michael Payne and believe that cooperation between associations are critical and will never stop.

“Issues such as the World Health Organization regarding tobacco affect everybody in the industry. And WDFC has some very interesting developments underway, such as training down to the staff level, with credits and providing certificates. FDFA had tried to do something similar in conjunction with the Retail Council of Canada, and while it might be done again in the future, this board does not have the resources to or time to really look at it now,” he says.

“To sum up, our mandate covers supplier relationships, putting people together at the convention, government relationships, and increasing our membership. We cannot effectively provide a supplier component without increasing our membership. We have begun to get some former members to return– Thousand Islands and Johnstown have rejoined the Association– and we have some other attendees here who are not full members. We are the Land Border Duty Free industry. That’s what the brands are looking for. They are looking for representation, and be able to execute their plans on a global level.”