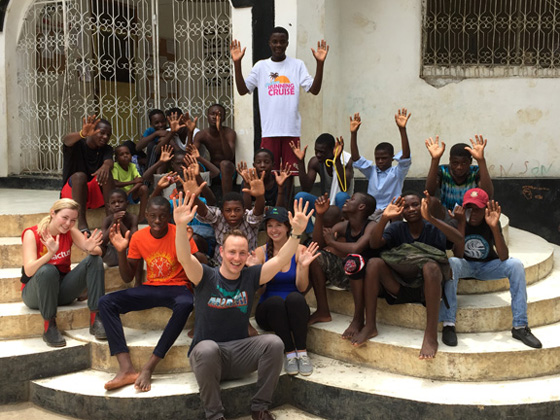 Guay initially began donating running shoes through the organization Streethearts in 2014. Streethearts’ goal is to provide shelter and a safe place for street youth in Cap Haitian.

Guay realized the children needed much more than just shoes. 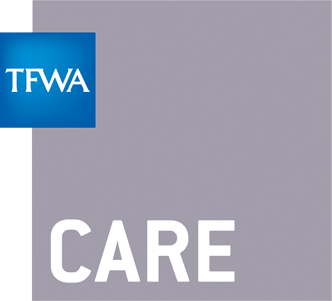 “After spending more time at the shelter, I determined that they still needed the basics. For example: electricity, a fridge and a way to produce fresh food.

“Most of the children, if they are lucky, can find one meal of rice and beans per day. In order for them to remain at the shelter and receive these benefits, the children have to go to school, perform chores and do community service,” he says.

“Thanks to many donors, a project focused on renewable energy has finally come to life.

TFWA Cares and program sponsor Brown Forman were the largest contributors to this initiative. In all, we have provided a little more than $80,000 CAD. I am also extremely proud to report that 100% of these funds went to benefiting the shelter and zero to administrative or other functions,” explains Guay.

In addition to the Hydroponics and Solar Energy, the organization has also clothed and provided tuition and school materials for all of the shelter residents for 3 years.

Guay says that the boost that TFWA Cares has given the project has provided for a second Streethearts center, increasing their numbers from 75 to 122.

“I do believe that their future is looking a little brighter and I am very proud of the achievements that each child has made,” he says.

On his last trip to Haiti Guay was accompanied by two students from Memorial University who spent two days teaching 122 children ages 7-18 how to grow their own vegetables out of a 4′ X 2′ box. The Memorial students are part of a project with Enactus called SucSeed, which manufactures state-of-the-art hydroponic systems made by at-risk youth in St. John’s, Newfoundland.

Guay says he will return to Cap Haitian in February or March accompanied by his dentist, who has agreed to spend 7 days treating as many people as possible. 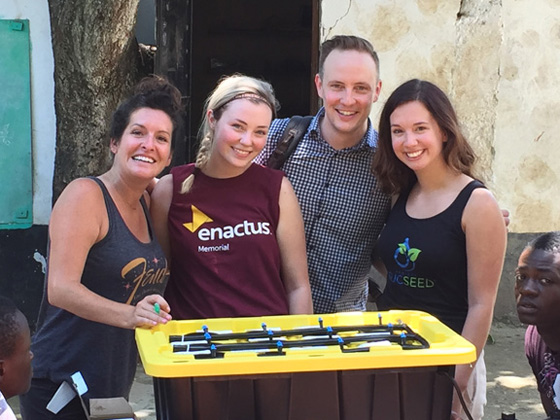 Guay with Linsey Jorgenson, Streethearts Founder/Executive Director, who lives with the children on a full-time basis, with Memorial University students and one of the state-of-the-art hydroponic systems produced by Enactus and SucSeed.

“Additionally, the first ever Cap Haitian Marathon and adventure tour is in the works for 2018. I do believe that the influx of tourism will greatly benefit the city and expose more people to this country and the Streethearts program.”