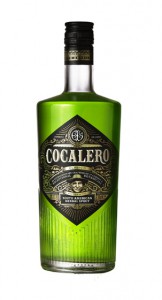 Ireland’s Intrepid Spirits has the perfect brands to round out the spirits sections of duty free stores throughout the Americas, says Jeremy Toettcher, Intrepid’s Regional Director Latin America.

Intrepid’s premium to ultra-premium spirits portfolio consists of three unique and authentic brands: Cocalero, a South American herbal spirit that is one of the fastest-growing spirit brands in Asia-Pacific; Mad March Hare Poitín, a previously outlawed Irish spirit that Intrepid is bringing back to life in craft cocktail bars across the U.S. and Europe; and Egan’s Irish Whiskey, which is popular within the Irish Whiskey scene in the U.S.

“In Orlando I am hoping to introduce our brands to the Latin American and Caribbean duty free operators. They can try something truly unique and set apart their company and portfolio,” Toettcher tells TMI.

Cocalero, Intrepid’s most successful spirits brand since it was launched five years ago, is a range of South American herbal spirits crafted from coca leaves, which are grown in the valleys and jungle regions of the Andes. The leaves are harvested by hand, slow-dried and distilled, before being mixed with select botanicals, including guarana, ginseng and juniper.

“We launched Cocalero in Asia to moderate success in China, Hong Kong, and Korea. But Japan embraced the brand and it took off to become globally our number one market,” says Toettcher.

After its success in Asia, Intrepid is gaining listings in the Americas.

“We just stared to make inroads. Cocalero is in Bolivian duty free now and we have a deal with UETA for the Panamanian region. We are trying to get a foothold in the region here, which is one of the main reason we are doing the show this year,” he says, adding that the brand launched in Canada in the domestic market and border stores.

“We are giving bartenders and mixologists the chance to make something quite unique. It’s not another tequila, another vodka, another rum. It is something a little bit fun. We are definitely looking forward to the launch this year in the U.S., where we will be focusing on some college towns initially.” 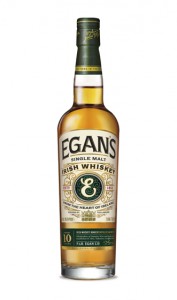 In duty free, the company sees huge opportunity for Egan’s Irish Whiskey in the region, especially in the U.S.

“The family has a long history in Ireland being premium bonders and bottler of Irish whiskey since 1852. They had Egan’s Number One, but let the whiskey brand fall by the wayside and concentrated on the bonding, aging, and sourcing for other brands. Eventually they decided to go more into the wine business, which they have had for the last 30-40 years,” says Toettcher.

“Jonathan always had the dream of bringing Egan’s Number One whiskey back to life so we decided to get the brand up and running again. Egan’s has a genuine offering, because the family has been in the business for six generations and not many other Irish whiskey brands can claim to have that level of family heritage.”

Jonathan and his wife Allison will be on the Intrepid stand in Orlando for two days where they will be launching Egan’s 15 Year Old Single Malt Legacy Reserve. The Egan’s whiskey portfolio also includes a Single Grain and a 10 Year Old.

“We may be able to have a world debut for the Egan’s 15 Year Old Single Malt, a limited release with beautiful packaging. We think it will work extremely well in duty free globally,” says Toettcher.

Poitín, Irish for ‘small pot,’ was forced underground in 1661 when the British Crown attempted to tax it into extinction, and was subsequently outlawed across the country. Poitín was only legalized in 1997.

“Mad March Hare Irish Irish Poitín is an interesting proposition. It is a spirit that pre-dates anything you’ve tasted including whiskey. It was first distilled by monks in the sixth century and has played an essential role in Irish drinking culture for many centuries. We wanted to resurrect this amazing brand and make it slightly more refined and palatable to the masses.”

Intrepid, which has offices in Asia, the U.S., and Latin America, is ready for its brands to grow in the Americas.

“We are a relative small team but we are already making a large global footprint. We are punching above our weight. We react very quickly to situations, which has helped us grow the company quickly,” says Toettcher.

“We focus on authenticity, heritage, and craft, which are critical attributes in a world where consumers are always connected, well-traveled, and brand savvy.”