Lagardère Travel Retail announces the signing of an agreement for the acquisition of North America airport travel retail leader Paradies, from Freeman Spogli & Co, the Paradies family and other shareholders.

The completion of this transaction is subject to a number of conditions, including regulatory approval and the agreement of several third parties. 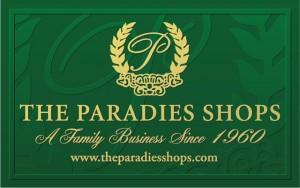 Through long-term concessions, Paradies currently operates in more than 76 airports. In recent years Paradies’ sales growth has largely outperformed passenger air traffic growth in the United States thanks to its recognized operational excellence, the increased diversification of its activities and the development of new concepts. This growth has also been driven by the development and continuous expansion of retail space in airports.

In its fiscal year ended 28 June 20153, Paradies generated sales of US$ 515 million (€471 million). Paradies is renowned for the quality of its operations and teams, as attested by the prestigious “Best Airport Retailer” award bestowed upon the company for 20 consecutive years by ARN.

Having started out with a comprehensive range of convenience products and travel essentials, Paradies underwent major diversification into other segments including fashion, accessories and specialty products through a portfolio of strong and recognized brands.

In addition, during the last few years, Paradies has expanded its activities into the food services segment, which represents another major driver of future growth.

Its nationwide coverage is highly complementary with that of Lagardère Travel Retail, which has a stronger presence in Canada and a number of international US airports including New York-JFK and Los Angeles.

The US: a market with strong prospects
The airport travel retail market in North America (91% of it concentrated in the United States) is estimated to be USD 7.7 billion (€7 billion). The market is characterized by a segmentation that differs from that of other continents. Its growth potential resides primarily in the expansion of the food services and specialty segments as well as in the modernization of airport terminals, which expands the space available to retail shops, a key differentiating factor for airports.

Traffic growth, linked to economic growth in the United States, is projected to be approximately 3% per year between 2015 and 2021, and 2% during the decade thereafter.

A new player with numerous assets
Combining Lagardère Travel Retail in North America with Paradies would create a new major player in the North American industry, covering most of the top US and Canadian airports with complementary concepts (combination of global brands and “American” local and national concepts) and solid assets.

The rollout of commercial and marketing synergies would help seize numerous development opportunities in a dynamic and growing marketplace.

Sales at the newly-combined company would be close to US$ 800 million (€730 million). In addition to sales synergies, significant cost synergy potential (purchase conditions, structure costs, etc.) would be generated starting the first year of integration.

Recurring synergies could reach approximately US$ 15 million a year as of the fourth year after the acquisition.

Gregg Paradies, President and CEO, would remain at the helm of the new company, facilitating its successful integration.

Transaction financing
The acquisition value amounts to US$ 530 million (€485m), which would be paid in cash by Lagardère Travel Retail via a bridge loan and then refinanced according to market conditions. The additional debt would bring the Lagardère Group’s net debt to recurring EBITDA ratio5 to approximately slightly below 3x at the end of 2016.

The transaction is expected to be finalized during the fourth quarter of 2015. A strategic interest for Lagardère Travel Retail.

This major acquisition would enable Lagardère Travel Retail to enter a new phase in its growth strategy by:

This transaction is in line with the Lagardère Group’s strategy of expanding in growth businesses.

Dag Rasmussen, Chairman and CEO of Lagardère Travel Retail, made the following comments: “This acquisition transforms the presence of Lagardère Travel Retail in North America. It significantly strengthens our business and allows us to expand our concession portfolio and to develop relationships with our brand partners and suppliers. We are very pleased to welcome Gregg Paradies and all his employees to the Group. Together, we will aim to create a regional leader and break new ground.”

Gregg Paradies, President and CEO of Paradies, added: “We at Paradies are very excited to join a company of Lagardère’s reputation and international experience. Paradies and the Lagardère group share many similarities including our strong family cultures. The combination of resources and experience will help accelerate our growth and competitiveness in this very dynamic industry.”