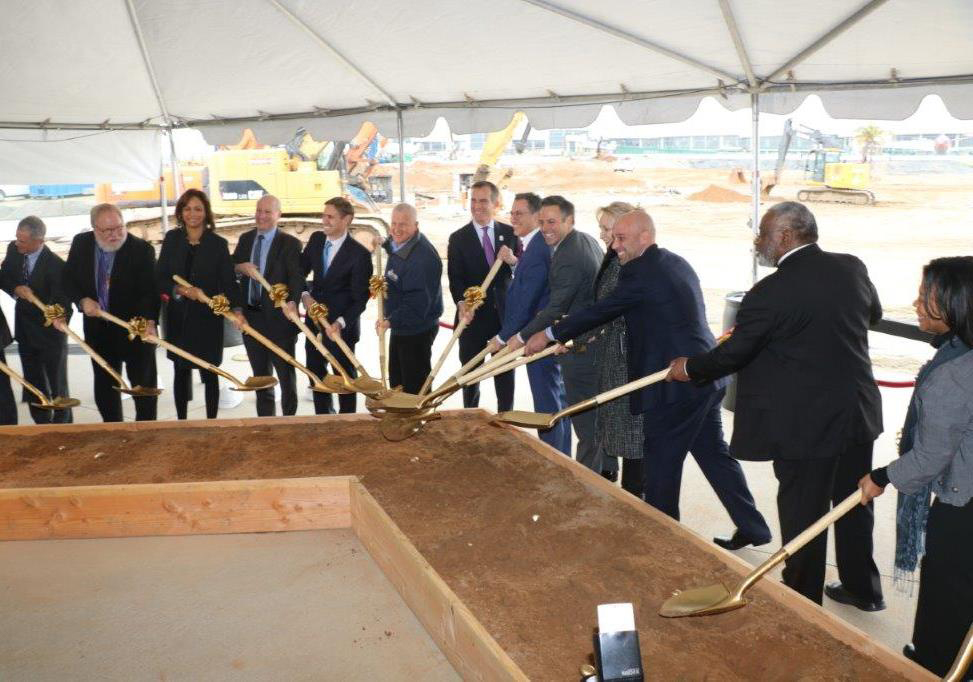 City and airport officials, including Mayor Eric Garcetti, center, marked the groundbreaking of the Midfield Satellite Concourse on February 27.

The groundbreaking for the new $1.6 billion Midfield Satellite Concourse (MSC) at Los Angeles International Airport –marking another milestone in the modernization of LAX — took place February 27, 2017.

The new MSC will be an extension of Tom Bradley International Terminal (TBIT). It is located in the airfield just west of TBIT, and will connect passengers to it directly through a 1,000-foot under-ground tunnel.

The MSC is set for completion in 2019. The terminal is part of a $14 billion modernization plan that includes upgrades to nearly every terminal in the airport.

The modernization includes nearly two dozen projects with almost $3 million spent each day to improve the guest experience, points out the airport announcement.

The new construction is taking place on the airfield and will have minimal impact on passengers. Tunnel and Gateway building construction around the Tom Bradley International Terminal (TBIT) will be phased so that no more than two TBIT gates will be closed at any time.