More than 950 North American airport personnel and concessionaires tuned in on Wednesday to hear two global industry leaders offer insights into the latest developments in the COVID-19 crisis and what the re-emerging airport business models may look like.

Speaking at the seventh Call-in Forum for the Airport Concessions Industry, hosted by the Airport Restaurant & Retail Association (ARRA), and the Airport Minority Advisory Council (AMAC), travel retail publisher Martin Moodie (The Moodie Davitt Report) and Angela Gittens, Director General of Airports Council International (ACI World) covered a range of airport and concessionaire topics. They spoke before a strongly North American audience, according to Patrick Murray, EVP of SSP America and chair of ARRA, who moderated the session.

Gittens began with an overview of the aviation numbers. The forecasts are “not good,” she said, noting that ACI had estimated air passenger numbers to decline by 3.3 billion passengers at the beginning of April, a number that had fallen to a decline of 4.66 billion passengers just a month later. (Many of the numbers she discussed in her overview can be seen in the ACI report, here.) 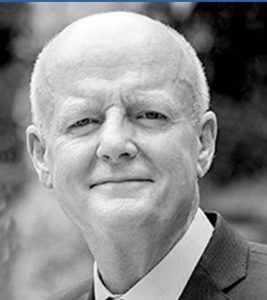 The bottom line was that airports in 2020 would be losing half of the traffic and revenue they had generated last year, with the greatest declines in Asia, followed by Europe and then North America. Countries with more domestic traffic will begin to come back a little quicker than those who depend primarily on international routes, and seasonality will also play a role in recovery, she said.

The travel restrictions in North America will hurt this summer and a region like the Caribbean, which depends so much on North American and Europeans for tourism, will be hit particularly hard. Recovery of the industry in the United States, which has no nation-wide aviation policy in effect regarding opening back up, is a question mark, she says, but the increase of domestic flights in China is a glimmer of hope.

In his overview of the current world picture, Martin Moodie reiterated that no passengers means no revenues for concessionaires, and presented a snapshot of some key Asian and European airports. Speaking of ways airports might recover, Moodie discussed the situation in Hainan – “China’s Hawaii”—which has converted into a free zone with a generous duty free allowance for Chinese visitors, who are allowed to order online for 180 days after their visit if they have not used the full allowance.

Gittens went on to discuss the pressure that airports are under since they must keep operations going for humanitarian flights, and cargo, as well as keep watch over the fleets of dormant aircraft parked, all while revenues have been cut in half.

The discussion turned to the pressures the concessionaires are under and how many concessionaires have simply stopped paying MAGS, with and without airport consent. Gittens stressed that effective negotiations between concessionaires and airports cannot be adversarial. Speaking with TMI after the presentation, she said:

“[The concessionaires] need to understand that airports have to figure out their own financial situation, including their bond covenants, to avoid a default that would have long-term negative implications, before they could arrange for relief to their partners, concessionaires and airlines. The more that the concessionaires would see themselves as being part of the solution, short-term and longer, the easier it would be for the airport to offer a relief plan.”

Moodie and Gittens, who have partnered on the Trinity Forum for years, discussed that the current situation might finally persuade stakeholders to seriously reconsider using variable formulas rather than MAGs in the future.

Moodie concluded with the comment that the standards of Food & Beverage achieved at airports, especially in North America, have “been transformed” over the years.

“But what will they look like in the future? We have to make sure not to lose quality operators through an anarchy system, or the industry could revert back 29 years,” he tells TMI.