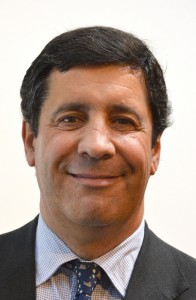 “The business in South America is feeling the impact of several main issues, right now. We have a worldwide currency situation caused in part by the commercial war between the United States with China and the increase in rates from the Federal Reserve. This worldwide situation is generating a difficult environment for the business. These are external factors against which we can do nothing,” Donagaray tells TMI.

But Donagaray says that the impact of these external factors have been amplified in Argentina because of the economic condition there and in Brazil because of the uncertain political environment.

“In Brazil, the speculation surrounding the presidential elections coming up in October is impacting the country. There is no single well-defined candidate in the lead – in fact Lula is leading in the polls and he is in prison and cannot run – and this uncertainty is amplifying the weakness of the real.

“In Argentina, the problem is not political; it is economic. We have an established government under President Mauricio Macri but the government still has to fix a lot of things because of the fiscal deficit. Macri’s administration had to go to the International Monetary Fund to borrow money to prop up the peso, which required the government to establish stricter controls and this led to more devaluation. (Ed. Note: In May a stronger dollar and higher US Treasury yields prompted international investors to flee risky assets in emerging-markets, especially in Argentina, which has lost more than a third of its value this year, making it the world’s worst-performing currency. Source. Bloomberg and Mercopress.)

Donagaray reports that the currency exchange is also causing changes to the duty free business in the airport: “We had a lot of Argentines traveling outside of the country, because Argentina was expensive, but other countries were cheap. People were traveling to Chile and to Miami. But now with the devalued currency, Argentina is cheaper and other countries are more expensive, so Argentines have cut back on outbound travel (See page XX.) On the other hand, Argentina is now receiving more tourists, because it is cheaper here. We are seeing a more travelers from Chile, for example. The situation in Brazil is somewhat the same.

“We also had two truck strikes that impacted the business. In Brazil we had a nation-wide 10-day truck strike caused by high fuel costs after the devaluation and the border stores are suffering. Then in June, we had a one-day strike in Argentina with drivers demanding wage increases to compensate for the surge in inflation in mid-June that seriously impacted the airports.”

Donagaray said that Argentina and Uruguay have also had a very tough summer with its agriculture. “We had no rain which hit the soy and grain harvests very hard. These are important exports. (Ed. Note: The two countries suffered the worst drought in 50 years In March. News sources reported total losses are near $3.9 billion, making the drought the most expensive weather-related disaster on the planet up to that date in 2018,)

“This is the trend we are seeing over the past two months (May and June): the political situation in Brazil with the coming election; the fiscal deficit in Argentina.

The travel retail industry is also waiting to see what happens with the first installation of the stores on the Brazilian border, says Donagaray.

“There are still a number of issues to solve before the border stores can go forward. First there is still a problem with the Fiscal software. The software runs on the internet, and many of these small cities on the border of Brazil do not have good WiFi or steady internet connections.  What happens when a city runs out of internet or power? Conditions on the border are not always optimal and the software does not run well when faced with outages.

“Another problem still to be resolved is that some cities have not yet determined exactly where to place the duty free stores. They need to decide whether the entire city should be declared a duty free zone, or if only a specific area within the city be declared a duty free zone. This must be decided by the mayor of each of the designated cities. Some cities – which do not have a direct conflict with their local market — have said a store can be anywhere within the city, so they can develop their tourism. Other cities have not yet announced where the zone will be. Maybe we will see a few small duty free stores opening but the big players are studying the market carefully and proceeding very slowly. They are searching for land, searching for property, so they are moving forward, but very slowly at this time.

Despite the business challenges hitting South America since May, Donagaray is optimistic that that the environment will improve by the end of the year.

“I think that we will see Argentina recover stability and return to growth within 4-6 months. For Brazil, we have to wait and see what happens with the election in October. I think we will see signs of recovery by the end of the year. You know that Brazil and Argentina are countries where the economy can go up very quickly, but also go down very quickly.”

Donagaray also sees a tougher environment for Uruguay—which is so closely tied to Argentina. “The devaluation of the currency in Argentina is making Uruguay more expensive for tourists, so we will not have a wonderful summer season. But there are a percentage of Argentines who will always visit Uruguay, no matter what the economy does, so there will be a market, even if smaller.”

On a more positive note, Donagaray says that the threat of a commercial war with countries like China and Japan due to the Trump policies, could offer some opportunities to small countries like those in LATAM.

In addition, he says that investment in Latin America never drops—whether it is a down cycle or an uptrend: “Look at the expansion at Ezeiza (page XX), also Argentina’s aviation is growing and a number of cities in Argentina are now receiving direct international flights for the first time. Everyone does not have to go through Buenos Aires to some major cities now, and these are flights not only from the region but also from more long-haul destinations.”