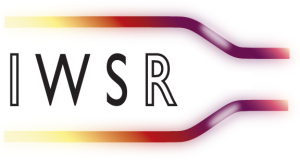 With 27 of The IWSR’s Travel Retail Top 100 brands, Scotch whisky had the most brands of any single category, although half of these Scotch brands reported declines in 2015.

Some malt Scotch whiskies, such as Edrington’s The Macallan, Diageo’s The Singleton, Beam Suntory’s Laphroaig and William Grant’s The Balvenie – were able to buck this negative trend, mirroring the domestic markets, where malts are outperforming blended Scotch varieties as consumer interest in the segment’s high production values soars, says The IWSR.

While spirits consumption in domestic markets grew 0.5% globally, the travel retail spirits market contracted by -3.3% in 2015, shed-ding 750,000 cases over the year. Many of the travel retail sector’s Top 100 brands showed declines last year. In fact, many of the sector’s largest brands were most keenly affected by its downturn, with the share of the Top 100 brands falling from 83% in 2014 to 82.6% in 2015, says IWSR.

Four of the top five leading travel retail brands experienced volume losses over the year ranging from 7,000 to over 100,000 cases. Most of their volume losses stemmed from the Americas and Asia- Pacific duty free/travel retail regions which declined by -6.3% and -1.3% respectively between 2014 and 2015.

The travel retail Cognac market also experienced a mixed performance in 2015, with sales down in Asia-Pacific and Eu­rope, while posting marginal growth across the Americas. Of the five Cognac brands to appear among the Top 100 travel retail spirits brands, two (Hennessy and Martell) posted overall growth, while volumes of Cour­voisier, Rémy Martin and Camus declined.

Gin was one of the few spirits cat­egories to build additional volumes in the travel retail channel in 2015, growing by 5.7% overall.

All of the five gin brands ranking in the Top 100 improved on their 2014 positioning.

Vodka is the second-largest contributor to the Top 100 travel retail spirits rankings after Scotch, but once again showed a mixed performance among the category’s leading brands.

New entrants into the Top 100 list in 2015 included Fireball Cinnamon Whisky, Wild Turkey Bourbon and Bundaberg rum, among others. All of these brands experi­enced double-digit growth over the year, propelling them into the top 100 rankings, as brands such as Bowmore, Drambuie and Becherovka fell by the wayside.