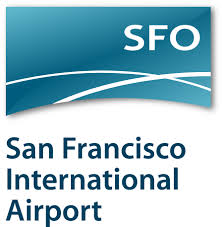 SFO posted a 10% increase in international traffic in 2016. Gains included new international airlines at SFO, including the Icelandic low-cost airline WOW, Fiji Airways, and Volaris, the second-largest airline in Mexico. In addition, United Airlines launched three new international destinations from SFO in 2016, including first-ever nonstop flights from SFO to Tel Aviv and two new cities in China: X’ian and Hangzhou. China Eastern also added the first nonstop service to Quingdao. With these gains, SFO now serves more cities in China than any other airport in the Americas.

In March 2016, the International Trade Administration, an agency of the Department of Commerce, reported that the San Francisco International Airport (SFO) experienced the highest rate of international passenger traffic growth of any airport in the United States for 2015.  According to statistics, SFO posted a 9% increase in international travelers, ahead of other major international gateway airports such as New York-JFK, LAX, and Miami.  SFO exceeded these figures with a 10% traffic gain in 2016