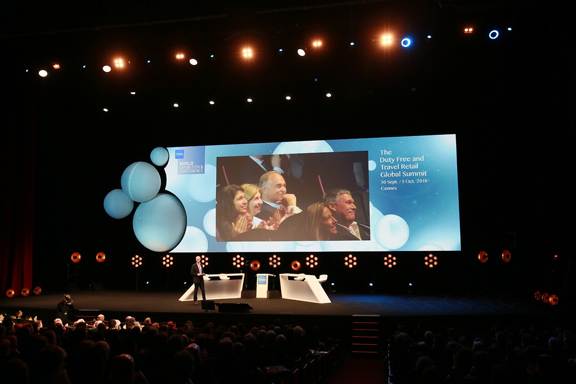 The bittersweet highlight of the week in Cannes was recognition that this would be Erik Juul-Mortensen’s last year as president of the Association he has helmed since 1999. Erik was greeted with a standing ovation during the Monday morning conference in Cannes.

By all indications, TFWA organized another highly successful TFWA World Exhibition & Conference, with attendance numbers reflecting the “buoyant mood” across the conference and exhibition halls.

As a result, TFWA reports that a record 7,015 visitors attended the event, an increase of 3% from 2017. They represented 3,088 companies, up 2% from last year. The number of visiting landlords also grew by 15%.

Space-wise, the Beach Village was extended, resulting in slightly more exhibition space, and the number of exhibitors also grew slightly with 516, across 496 stands. Of these, 50 exhibitors were new or returning to the event. In addition, 14 official boats were moored in Harbour Village.

The opening conference also took place before a full house, and the Digital Focus and Inflight Workshops attracted significantly larger audiences than in the past. 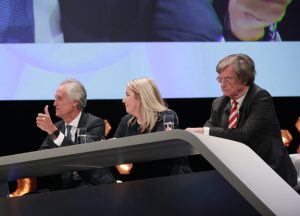 The TFWA Digital Village, with 32 exhibitors, attracted 1,349 visitors and the Digital Village Pitch Corner – a new addition to the show – allowed delegates to hear more about the latest techno-logical advances directly from exhibitors.

The ONE2ONE meeting service helped schedule 346 pre-arranged meetings for the main event, and 168 meetings at the TFWA Digital Village.

The new TFWA app, designed to support and inform delegates both on site and throughout the year, was downloaded by 3,276 delegates and is still available for download now.

The social events, including the Opening cocktail and Le Premium Evening, were also declared outstanding successes.

The TFWA Product Showcase, containing press information on brands exhibiting at TFWA World Exhibition & Conference, will remain live for one month after the show, and can be accessed at www.tfwaproductshowcase.com