Incoming Tax Free World Association (TFWA) President Jaya Singh met with global media during a digital press conference last Thursday in a candid discus-sion that he called a “dialogue session” which touched on a wide range of topics critical to the industry.

The diversity and breadth of experience contained within the new Board reflects the diversity of the Travel Retail industry, said Singh, who is Managing Director of Mondelez World Travel Retail, European Export & Switzerland and a former President of Asia Pacific Association APTRA. 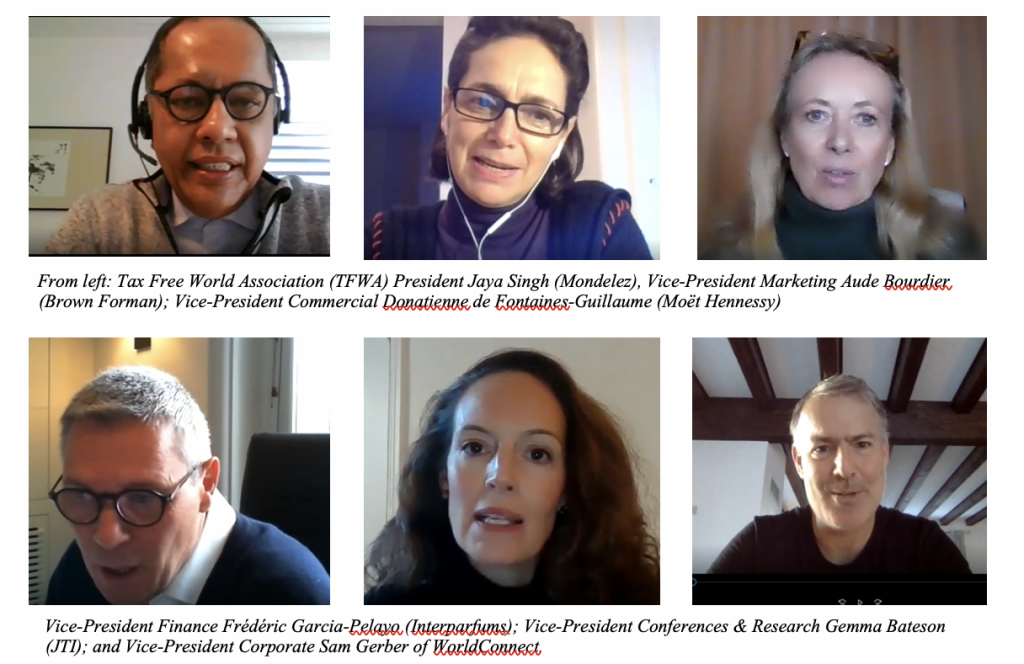 The main news of the Press Conference was that TFWA’s Asia-Pacific event scheduled for May 10-13, 2021 in Hainan, China, will incorporate both physical and virtual elements. Details of the ‘Hainan Special Edition,’ as it is being called, are still being finalized, but the format is being designed to assure the safety of all who attend and allow those unable to travel to take part from a distance, said Bourdier.

The event is not a conference and not an exhibition, she said. Calling 2021 a year of transition, Bourdier said that TFWA was adapting with these new platforms; the event will include a streamed conference and work-shops, and the One-to-One meeting platform.

The TFWA event will follow immediately after a complementary Hainan Expo concludes, she added.

Donatienne de Fontaines-Guillaume said that the TFWA event is still “a work in progress” but will be user-friendly, innovative and accessibly priced.

“We have to provide the most reasonable way to allow people to attend. The budget should not be a show-stopper,” she said. 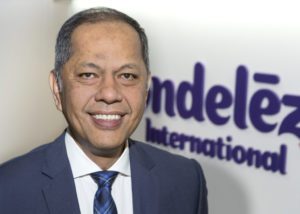 The “dialogue session” presented Jaya Singh with an opportunity to discuss how he sees the role of TFWA evolving in light of the changes resulting from the current crisis.

Singh noted that we need to understand the roots of an entity before incorporating the elements of change that we are all currently undergoing. Only then can we begin to make sense of it and try to prioritize going forward.

“TFWA was built on the foundation stones of ‘by the trade, for the trade.’ And it has facilitated us well until the storm hit us this year, and what a heck of a storm that is still going on,” he said.

The current crisis has shown us the need for speed, agility and adaptability, he stresses, although he sees the bailouts extended to the industry as a huge vote of confidence that travel will be back.

“We cannot take away a basic human desire and aspiration to see and connect with the world. So the future is good, but how do you transition in the midst of bail outs? Debt levels have risen significantly, and company balance sheets have been really impacted, so the priority going forward is to restore balance sheet strength for many companies. And in order to do that these companies will set priorities focusing on what generates cash and cash velocity,” he argues.

With this background in mind, what is the role of TFWA in terms of what it can provide to its members, he asked?

“There is nothing that stops us from engaging in forums with other stakeholders, like airport authorities as well as retailers, in trying to understand where they are at, what their priorities are, and how we can align better so that as an industry, we recover financially faster and better and return to how we serve the traveler.

“Let’s not be blinded by the economic reality. We also as an industry have been confronted with regulatory threats– tobacco, alcohol — … at the end of the day what we do not need somebody from the WHO imposing further restrictions on the different categories that we represent. That will have a further economic impact upon us as an industry now.

Working together as one

Singh points out that the industry has many regional associations, and there is an opportunity for all of them to work closer and leverage the network into a powerful voice as one so that our industry can be heard.

“That is another role where I see us bringing value. It is about the value that we can bring to the industry. At the end of the day it is a chance for us to recalibrate and reach out, connect, engage, right, and stay forward,” he said.

“The most important point is this—the future is bright. People will travel. It is a basic human aspiration that no one can deny. How we transition and steer to this will be a huge collective effort.”

Despite this “bright future,” Singh does not see the first quarter of 2021 as a v-shaped recovery. Commercially, with input from different stakeholders, he believes that the first half of next year will still be “a bit of a struggle” although he doesn’t think that the second quarter will be as dark as what we went through this year.

“The general trend is towards an uptick for next year, but with a very gradual curve Q1, Q2 consolidated. And if the vaccine kicks off it will help. At the end of the day it is not just an issue of commercial, it is confidence. Bottom line. Confidence from government. Confidence from airlines. Confidence from travelers. Confidence from companies that play in this huge international space. That is pretty encouraging from what we hear, but the reality is that infections are still going up and that has an impact on the commercial factor.

“In terms of transitioning, the fundamental things that we need to keep in mind is that we must have the ability to scale up faster, with agility and speed. We have to go back to the basics, focusing on the brands and programs that generate the cash and cash velocity that everybody needs. If [recovery] doesn’t happen sooner, we have to scale down faster with agility… in order to survive…We can only do this collectively—share best practices, reach out to different stakeholders so that we can align better.