An independent report commissioned by ETRC from York Aviation was launched on Wednesday. The report, which outlines the potential economic benefits achievable through the introduction of arrivals duty and tax free shopping at EU airports, was presented at an online webinar on Oct. 28.

ACI Europe and ETRC are calling on the European Union to review current legislation to allow passengers traveling from third countries to buy duty and tax free on arrival in EU airports.

Introducing duty and tax free shopping on arrival is a cost-free way for EU governments to support the aviation ecosystem and to maintain airport jobs, especially in light of the COVID-19 pandemic, which has created the greatest crisis the global and EU aviation industry have ever experienced. 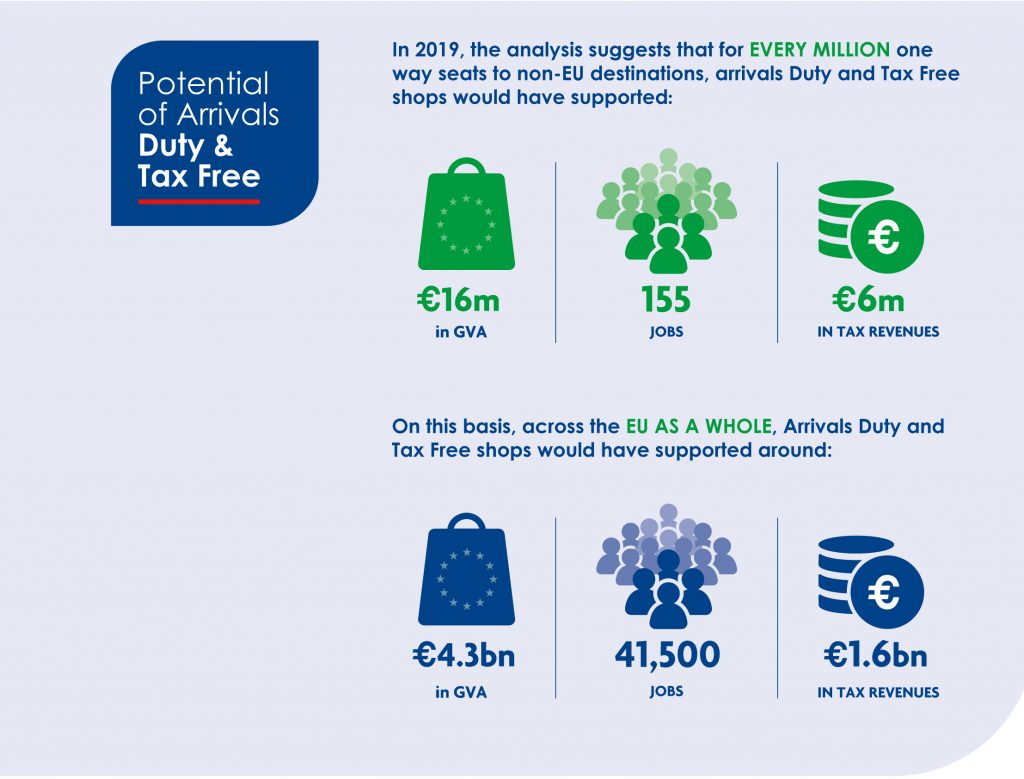 Based on 2019 traffic figures, the analysis found that duty and tax free arrival shops would have generated around €4.3 billion in Gross Value Added (GVA), sup-ported 41,500 jobs and generated €1.6 billion in tax revenues.

These significant benefits are achievable by realizing a commercial opportunity that remains entirely untapped. The report estimates that arrivals duty and tax free sales could make up 20% to 30% of total travel retail sales at EU airports.

Since the UK is scheduled to leave the EU on January 1, the numbers of non-EU passengers will increase substantially, and many smaller airports would see the benefits from arrivals Duty Free. 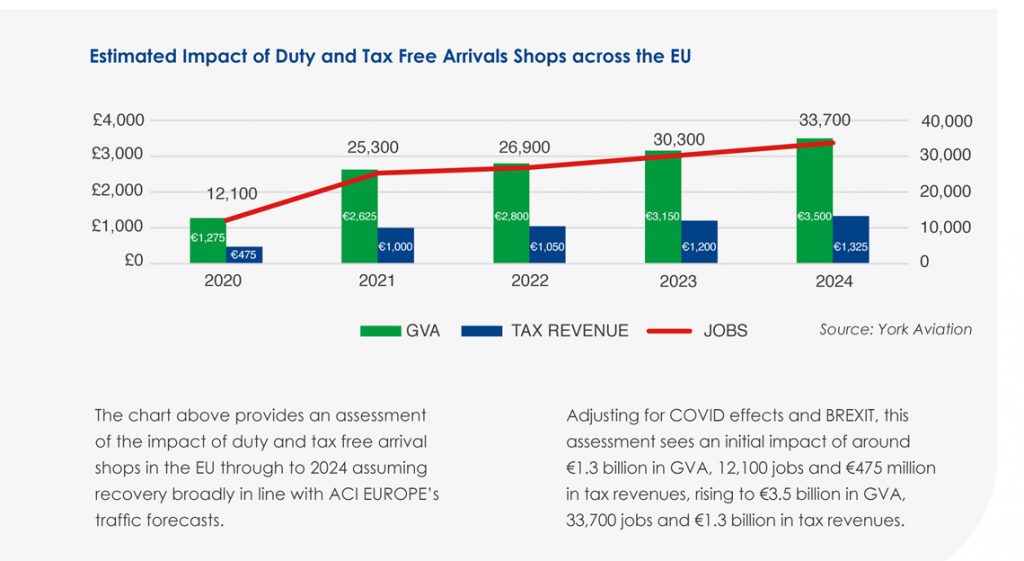 Arrivals duty and tax free shops are commonplace in most airports around the world, including all EEA countries (Norway, Iceland & Switzerland) where it is very popular with arriving passengers. But under current EU legislation, duty and tax free sales are only allowed to passengers ‘leaving’ the European Union.

Allowing duty and tax free shopping on arrival for passengers traveling from third countries to the EU will restore competition for EU airports vis a vis their international counterparts, by creating much-needed revenue and supporting employment at EU airports at this crucial time, said the report.

ETRC President Nigel Keal stated: “The introduction of EU Arrivals Duty and Tax Free shopping presents us with a great opportunity to renew the outdated approach to arrivals shopping in the EU. As allowances will remain the same, this proposal will simply give passengers another opportunity to avail of their duty & tax free allowance and to choose to support their local airport rather than buy abroad. Our members will be driving the biggest ever industry recovery effort in the coming years – allowing arrivals duty and tax free will greatly facilitate this.”

ACI Europe Director General Olivier Jankovec stated: “EU airports are currently facing the most difficult trading conditions in modern history and are urgently in need of government support. Given the unique role that airports play as economic gateways, it is imperative that all steps are taken to keep them open through these difficult times. EU airports are currently losing hundreds of millions of euro of potential commercial income to their non-EU counterparts each year. Arrivals duty and tax free will allow retail sales to be displaced from third countries back to the EU airport of arrival.”