Euroluxe has announced the launch of a new campaign for the Original Black & White perfume lines for Carrera Parfums, under the theme “Expect the Unexpected.”

The campaign was filmed in Argentina at the Palacio Paz, in Buenos Aires, which is recognized as an Argentine national monument. Covering more than 12,000 square meters of space, and featuring French architecture, a stunning glass dome, and winding, elegant corridors, this palace was the perfect setting to convey elegance and glamour for this family of fragrances that Carrera offers for Him and for Her, Vanesa Tatarsky, Marketing and PR Director for Carrera, tells TMI. 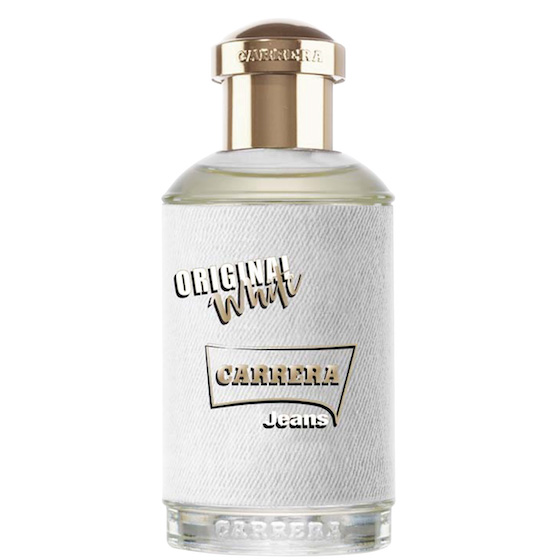 Tatarsky is the creator of this new campaign, which she managed to produce with little resources and in the midst of the full pandemic, according to Guy Bodart, CEO of Euroluxe, the official manufacturer and distributor of Carrera Jeans fragrance and body products.

“Vanesa is the heart and soul behind the campaign and produced a great narrative under very difficult conditions,” he explained.

The campaign was filmed by Gabriel Grieco, a talented Argentine film director who has been widely recognized for his work around the world.

The Carrera plot features two Argentine actors, Clara Kovacic and Matias Desiderio, in a story of attraction based on a role-changing game. Without the use of their sight, they move through the magical setting of 1900’s balconies and marble and bronze floors that define the Palacio Paz, enhancing all their senses, until they finally meet each other.

The campaign conveys the essence of the perfume brand: sensuality, romanticism, youth and mystery, and the name of the campaign ‘Expect The Unexpected,’ was born from the idea of ​​living in the present, of being surprised, and that the rule is that there are no rules…explains Tatarsky.

“As Marketing Director, I am very proud to belong to Euroluxe, where they allowed me to develop my creativity and vision with total freedom, to be in every detail, from the choice of talents, the realization of the script, costumes, location, post production, etc.

“The biggest challenge we faced were the restrictions and their constant changes due to the pandemic, which made us re-adapt the script to be able to carry out the filming with all what this implied, but in the end, the result exceeded our expectations,” she said.

The fragrances in the campaign are Carrera’s Original White Fragrance for women, a Floriental, and the Original Black Fragrance for men, with citrus and leather notes.

Carrera Jeans is a leading Italian brand of Jeans, garment and apparel established in Verona, Italy more than 55 years ago with a worldwide presence. Euroluxe is the global owner of the Carrera Parfums license. To discover the backstage filming of the campaign, visit the Carrera Facebook page at https://www.facebook.com/carreraparfums