A comment and an analysis by watch industry specialist, Mark Lewis-Jones 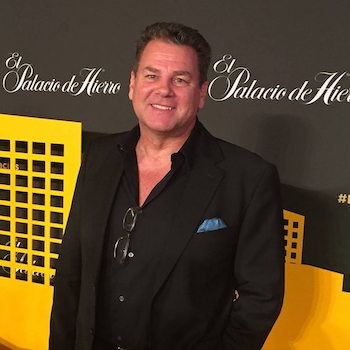 Amid fears of a likely imminent global pandemic of COVID-19 Coronavirus, all of the upcoming watch industry events in Switzerland have seemingly prudently been canceled or postponed.

Swatch Group’s Time To Move, Watches & Wonders (formerly SIHH), Movado Group’s Davos-based gathering, and finally Basel-world all announced they would hold off until 2021. The Federal Swiss Council has called for a temporary obligatory ban on gatherings of more than 1,000 people.

Some opined that the cancellations, apart from being an intelligent public health/epidemiological decision, would give the watch industry — including groups, brands, suppliers, intermediaries, retailers, and press — a chance to clarify their vision going forward. They would have an opportunity to reset their strategic business planning, and take advantage of the expense savings this year, at a time when many in the industry find their business and bottom line under siege from the disruption of traditional distribution paradigms, the impact of online sales and a fast-growing certified pre-owned industry (CPO), and for some, the

However, as some say, “The show must go on!,” and so with confidence, Bulgari CEO Jean-Christophe Babin proactively instigated a new approach to these large events, by announcing the initiative called Geneva Watch Days, from April 26-29, 2020.

While some well-capitalized brands have already organized their own road shows and events, it is widely recognized that a global meeting or event is still very important to independent, smaller, and start-up brands, that may not currently have the budget for such ambitious independent under-takings.

According to a report by Monochrome online magazine, the collective gathering in Geneva will have each brand organize its own showroom, mainly in Geneva’s city center hotels. A steering committee involving all brands coordinates all activities, including a press dinner and a retailer party. The committee is also in charge of negotiating preferential hotel rates for all attendants and to eventually open the Geneva Watch Days to additional brands, if they deem it interesting.

Babin was quoted, saying, “This Geneva Watch Days event has been created by a group of brands not resigned in view of the recent events. It is an innovative concept that is light and flexible. It is an optimistic message, a collective and positive initiative that will benefit the industry.”

Babin also adds that the organizers “are currently in advanced discussions with several other important names including Chopard and H. Moser & Cie., which we hope will be confirmed very soon.”

George Kern, the charismatic CEO of Breitling, posted his comments about the initiative, declaring, “Let’s do something modest, reasonable, responsible and meaningful against the gloominess of the industry in the current situation. Small and decentralized gatherings. No big groups. Very personal.”

The State of Geneva was fast to give the initiative its stamp of approval. As the Federal Swiss Council had just banned public and private events gathering more than 1,000 persons, this decentralized Geneva Watch Days 2020 would not infringe the prohibition.  Still, for those considering attending, it makes good sense that we remain vigilant about the aggressive spread of virus and take decisions accordingly.

More details about the event will be released as they become available by participating brands.