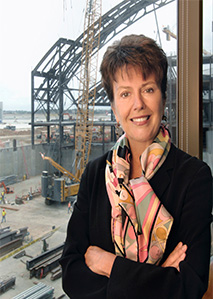 One of the industry’s most respected aviation executives, Gina Marie Lindsey, has announced that she is stepping down from her position as executive director of Los Angeles World Airports (LAWA). Telling staff “it is time for me to move on to other adventures,” Lindsey announced her retirement last week.

With a career spanning 39 years, 33 of them in the aviation industry, Lindsey said she will stay on into the spring to ensure a smooth transition to new leadership.

Lindsey was appointed LAWA executive director June 4, 2007. Before coming to LAWA, Lindsey held senior positions at McBee Strategic Consulting, Seattle-Tacoma International Airport, Anchorage International and the Alaska Dept. of Transportation. She has served on both the Airports Council International World Board and the Airport Cooperative Research Board under the National Academy of Sciences, was the first woman chairman of ACI-NA, and chaired the Federal Aviation Administration Management Advisory Council.

“This is an appropriate time for a transition,” said Lindsey. “The next LAWA executive director will be able to take the Airports Development Program through its next major phase, its next round of projects that will last at least 10 years.”