The new units are the first to open under a joint venture partnership between SSP and DFA, following the win of contracts worth circa £70 million running over nine years. 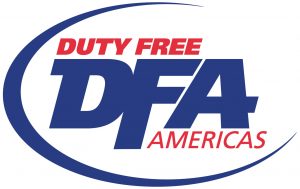 SSP opened the first Upper Crust in Brazil at RIOgaleão. The unit boasts 120sqm of space with a spacious seating area providing views across the airport. Passengers can choose from Upper Crust’s traditional menu as well as fillings inspired by Brazilian specialties. Other offerings in Rio include a Barzetti in the airside domestic food court with pizza and pasta dishes; and Mi Casa Burritos (Mexican) and Monty’s Dogs & Cones (hot dogs and ice cream) in the landside food court. A new unit from artisan coffee specialist Ritazza has also opened in the international departures area, while SSP’s contemporary dining concept Factory Bar & Kitchen will open soon.

Rossana Spena, General Manager at SSP Brazil, said; “We’re incredibly proud and excited to be introducing some of SSP’s own brands to South America for the first time at two of Brazil’s busiest airports. These concepts have proven extremely popular with travelers across the world. I’m certain that passengers in Brazil will be equally as impressed with these much-loved brands.”