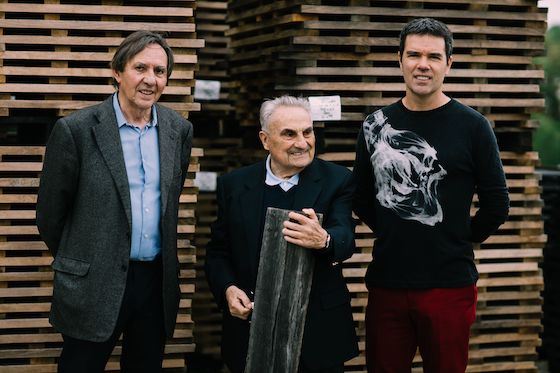 The story of Alfred Giraud French Malt Whisky is one of blending. There is the traditional blending that is one of the backbones in creating this new luxury whisky and many of the most famous spirits in the world. But there is also the blending of a family entrenched in the cognac business in France for more than a century and the next generation taking that deep cognac knowledge into the world of whisky. Alfred Giraud French Malt Whisky is a blend of spirit, yet it combines much more than liquid.

The Giraud family were coopers and cellar masters working in the cognac region in France beginning in 1875 all the way until 1990. In 1910, Louis Giraud began working for a prestigious maison de cognac overseeing the aging of their eaux de vie. His son Alfred Giraud, the namesake of the new family brand, and then later his grandson, André Giraud, succeeded him as cellar masters. The fourth generation, Jean-Pierre Giraud, managed the company from 1986 to 1992.

It is the fifth generation where this story turns from France to Scotland, and ultimately to a combining of the most famous spirits from the two countries. Philippe Giraud, a name known to many as the owner of regional Americas distribution and retail company Actium, broke with the family cognac tradition and joined William Grant & Sons in 1995, beginning his love affair with scotch and ultimately with whisky.

Philippe’s move to whisky did not go over too well with his cognac family at first, Philippe tells TMI.

“I transitioned from cognac to whisky in 1995 and in our family it was a little trauma. At the time whisky was the enemy,” he says. “I got to know whisky. Today I’m more of a whisky guy than a cognac guy.”

After nine years with William Grant working in Miami in commercial roles, including in charge of the company’s Latin America business, Philippe created Actium in 2004.

“We began by representing wine and spirits brands in South America and one of the brands that we took on very early was the Whyte & Mackay group, which has The Dalmore and Jura, two single malt scotch whiskies. So this made me stronger in whisky. After nine years with William Grant and fourteen years with The Dalmore, I know whisky much more than I know cognac.”

And then almost ten years ago at a family dinner in France the Giraud’s decided to blend Philippe’s whisky education with the cognac knowledge the family had accumulated after more than a century producing the spirit.

“At the dinner I asked my father and great uncle ‘Why don’t we do something for ourselves?’ And of course they wanted to do a cognac. But I said ‘No. The cognac category is too busy. We should do a French whisky.’ They looked at me like I was crazy.

“But long story short I convinced them and in 2010 we set on a mission to make the first ultra premium French whisky, but more importantly, the best French whisky. We are trying to merge traditional cognac expertise with the creativity of whisky, to do things that have never been done before.”

Philippe has ambitious long-term goals for the brand, and the first step to achieving his plans was hiring a team to create the whisky. 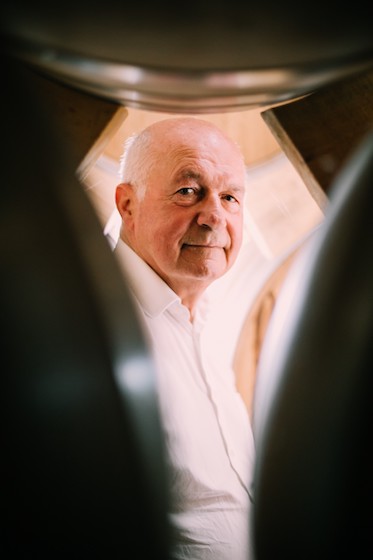 “We brought in George Clot, a renowned cognac cellar master who had succeeded André Giraud as cellar master in 1990, to become our Master Blender.”

While the brand is just launching now, the people behind Alfred Giraud have a long-time, deep-seated connection to the Cognac region.

“Originally when we started almost ten years ago we had no distillery so our cellar master bought and selected the best distillates from a few French distilleries that were available at the time. We brought them to Cognac and we blended the distillates.

“For brown spirits the most important thing is the wood. For the wood we have two things that are unique and we owe them both to my great uncle, André Giraud.”

André lives in the Limousin region in France, where at 95 years old he supplies wood for new casks and sources ex-extra old cognac casks for aging the Alfred Giraud French Malt Whisky.

“André Giraud goes out in the countryside in Cognac and he selects for us casks that contain very old cognac, 40-50 year old cognacs. He knows everyone, because he is 95 years old and has been working for almost 80 years. We have been buying single casks, one at a time, from small cognac distillers and casks that contain very old and high quality cognac. We use these casks to age our whisky. We empty the cognac and put in the whisky and with time these casks that contained the very old cognacs marries with the whisky to create a liquid with a smoothness that is quite recognizable and unique.”

In 2016 Alfred Giraud formed a joint venture with respected cognac distiller SVE to build a distillery, Distillerie de Saint-Palais, which Philippe says was a crucial moment for the future of the brand.

“We started to distill there in 2017. This distillery secures the quality and the quantity of our whisky. The distillery that we built in 2016 is probably the most modern in France today.”

For almost ten years the company has been working quietly until the Alfred Giraud French Malt Whisky was ready to go to market.

“We have been doing this blending, aging, using rare casks in cognac. But for years we did not sell anything. We kept it quiet and got ready. And then a couple of years ago I started mentioning it and showed it last year for the first time in Cannes,” says Philippe.

“We came up with a bottle that has been very well received. It is produced in Italy by Bormioli, one of the best glassmakers in the world which is one of the main glassmakers for high-end perfumes. We have an unusual gift box with a layer of velvet. It is a beautiful product.” 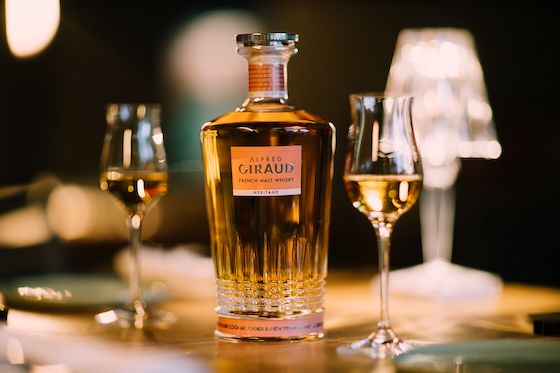 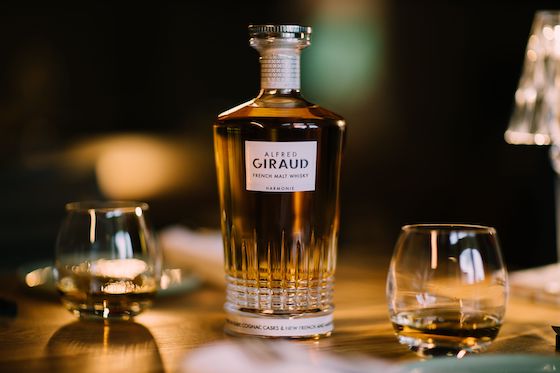 In the short term, Philippe has a specific plan for launching Alfred Giraud around the world.

“Because of our limited volume in the next few years we have a city strategy. France is the only country where we have launched nationwide, because it is a French whisky and we want it to be available in France. We launched in New York and we are looking at expanding possibly with another big distributor in one or two more cities in the U.S. In Asia we want to launch in one big city. In Europe we would be interested in expanding into London.”

Philippe tells TMI that Alfred Giraud is the ideal product for travel retail and that he has two agreements in principle that the company will announce soon. The first listings will be in cruise and in airports.