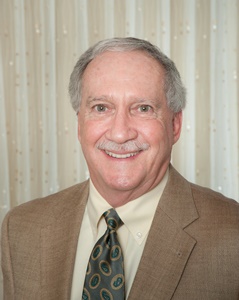 The first Summit of the Americas to take place in the new Hyatt Regency Orlando venue on March 24-27, 2019 is taking shape, reports Michael Payne, President & CEO of the International Association of Airport and Duty Free Stores, co-organizer of the annual event along with South American Duty Free Association ASUTIL.

Payne tells TMI that the organizers have begun inviting potential exhibitors to visit the Hyatt property to view the space, and are putting the final touches on creating a specific Summit micro-site on the overall website so people can access Summit information, but also connect back to the ASUTIL or IAADFS websites.

“These processes are underway,” says Payne, speaking with TMI in mid-July.

“We have held meetings with 12-13 companies at the Hyatt so exhibitors can see the space. We’re now finalizing the layout of the trade area to designate exhibit space, meeting space, foyer space, etc.

“Part of the reason we invited people to visit the hotel earlier this month was to start the process of laying out the trade floor. We wanted to get their input and have them see how we were thinking of setting up the space. We wanted to give them a feel for the hotel and get them engaged in the process.” Payne says the first visitors were a mix of current exhibitors and some who have not been here in a while.

The layout of the new trade show floor will look different than in the past so this is a time-consuming exercise.

“There are a lot of details to work out. We are going over logistics and moving in and moving out issues with the hotel now,” he confirmed.

Payne says that the Associations plan to have registration information available earlier than usual this year.

“We do not have the luxury of waiting until Cannes to release materials as we did formerly. We need to get our information out in the public eye earlier than that,” he comments.

IAADFS and ASUTIL are looking at having a Trade area containing a combination of exhibit hall and meeting rooms, and it will probably not be laid out with one big aisle down the middle as in the past. The layout will also offer foyer space where companies can set up booths, along with meeting rooms.

The Trade area will be contained to a specific location within the Hyatt, says Payne:  “We are going to have a security perimeter, for lack of a better term, and you will have to show your badge to get into any or all of these areas.

“At the Orlando Marriott property, rooms were too spread out and you did not necessarily have to register to hold or attend meetings, such as in the lobby. The goal is to make a more confined area for people to come in a do whatever they need to do.”

Payne insists that there will be plenty of opportunity to meet right next to and right across from this Trade Area. “It will be more connected and a little more intimate. We are still finalizing the layout and getting the fire marshal approval, but hope to have the micro-site up and running and registration materials ready as soon as possible,” he says.

Costs will be kept the same as last year, with the same price per square footage and registration fees. The Summit organizers will also continue to look at ways to expand the universe of attendees to attract more aviation and travel-related retailers.

Payne reports that his team, working with ASUTIL, are also fine-tuning the Conference sessions, working to improve the Buyer’s Lounge, and planning the social activities such as the Opening reception.

There will also be a Women in Travel Retail networking meeting. We will announce details as soon as they are available.