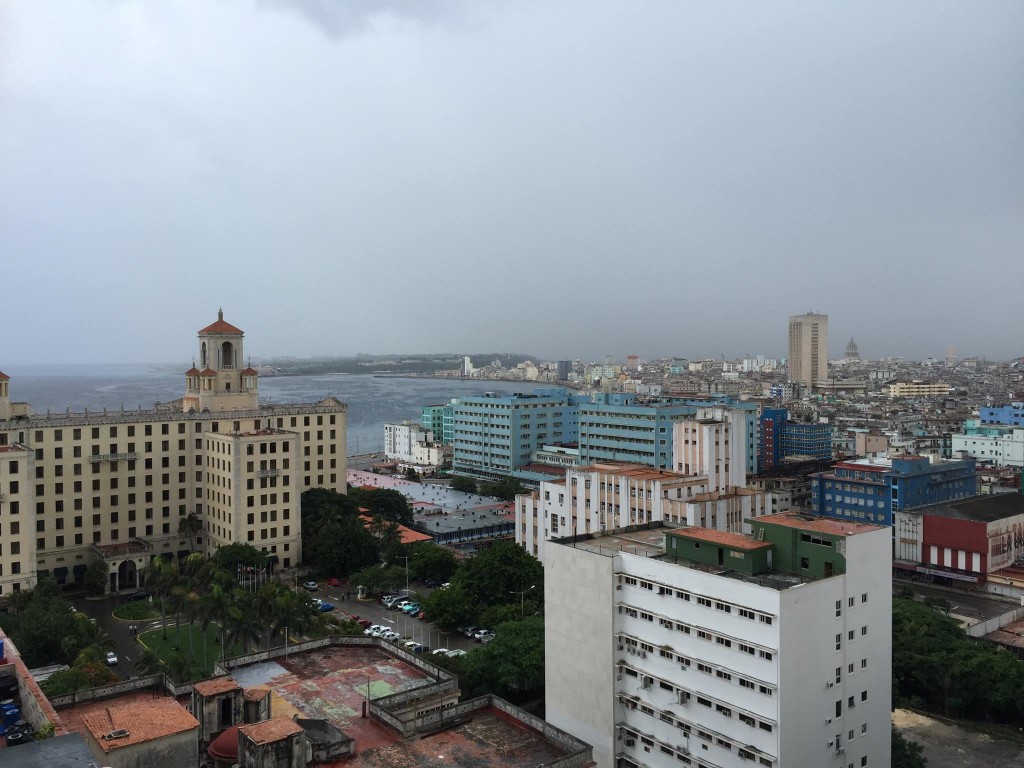 View of the Havana skyline including the Hotel Nacional taken in August 2015. Photos by Raymond Kattoura.

On Sept. 30, a mostly empty Boeing 737 lifted off from Baltimore-Washington International Airport bound for Havana — ushering in the first regularly scheduled air service between the U.S. and Cuban capitals since the two nations broke diplomatic ties more than half a century earlier.

The flight, arranged by Tampa-based Island Travel & Tours, had been in the works for several years, and was the first in a new schedule of twice-weekly trips to Havana’s José Martí International Airport. At $695, the flight isn’t cheap; in early 2015, Southwest Airlines inaugurated nonstop service from BWI to San José, Costa Rica — nearly twice the distance — for only $173 round-trip.
Even so, the new BWI-Havana route is a big deal — and only the latest in a series of business developments that have made headlines since last December, when President Obama and his Cuban counterpart, President Raúl Castro, announced they would restore bilateral relations, ending one of the last vestiges of the Cold War.

Those relations were officially restored July 20, when Cuba’s flag was raised for the first time in 54 years over the country’s mission in Washington, marking its transition from an interests section under Swiss protection to a full-fledged embassy.

That same day, the U.S. Interests Section in Havana also opened for business as an embassy, and on Aug. 14, John Kerry — the first U.S. secretary of state to visit Cuba since 1945 — watched with emotion as the Stars and Stripes went up over the six-story mission fronting the oceanfront Malecón.

For the travel industry, however, the real milestone came Sept. 21, when the U.S. Treasury Department revised its Cuban Assets Control Regulations and Export Administration Regulations. These allow some U.S. businesses to open representative offices on the island, and authorize ferry and cruise ship service to Cuba — even in the absence of a formal end to the U.S. trade embargo.

Clearly, the industry isn’t waiting. Carnival Corp. and Norwegian Cruise Lines Ltd., both based in Miami, are planning Cuba cruises and have applied for licenses from the Treasury Department’s Office of Foreign Assets Control (OFAC) as well as export licenses from the Commerce Department. 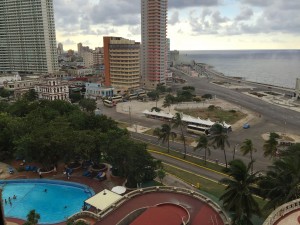 View from Hotel Nacional in Havana

Norwegian CEO Frank del Rio said his company would most likely use a small ship of its Oceania brand, such as the 654-passenger Nautica, for its Cuba operations.

“We have also engaged the Cuban government in the discussions necessary to obtain their permission. I don’t know a timeline for any of these three licenses to come through, but I am hopeful that they will come before the year is out,” Del Rio said Aug. 3 in a conference call with analysts. “We believe that once Cuba opens up totally, it’s going to be a real windfall for the industry.”

Even more frenetic has been the interest in passenger and car ferry service from South Florida to Cuba. Routes from Tampa, Port Manatee, Port Everglades, Miami and Key West to Havana have been proposed by no less than half a dozen companies.

Spain’s Baleária — which already got its U.S. licenses in July — has apparently moved to the front of the line for Cuban government approval after committing to significant infrastructure investments at the Port of Havana, reported the Spanish website El Confidencial Digital.

“With these two licenses, Baleária will have all necessary permits needed from U.S. authorities, and now only the wait for authorization by the Cuban government is left,” the company said in a July press release. It’s seeking to offer fast-ferry links from Havana to both Key West and Port Everglades near Fort Lauderdale, using a standard-size roll-on, roll-off vessel.

Since 2011, reported Cuba Standard Monthly, Baleària has operated the Bahamas Express line, shuttling more than 130,000 passengers between Port Everglades and Freeport in 2014 — 18% more than in 2013.

The monthly newsletter, citing “people close to the negotiations,” said the Castro government has selected a nearly abandoned container terminal on the southwest side of Havana Bay as the future site for a modern ferry terminal, since it already has the necessary docking infrastructure, a large paved space for ro-ro operations and good connections close to central Havana.

To date, the Cuban government has not specified how many ferry operators it will permit, though it appears they won’t grant ownership and operations of a terminal to just one ferry company.

Traveling to Cuba by ferry will cost a lot less than by air, and passengers will be allowed to bring up to 200 pounds of luggage — an important draw for Cuban- Americans carrying clothes, electronic equipment and other gifts for their families still on the island. In May, the Commerce Department and OFAC granted approvals for four Florida-based companies to offer Cuba ferry service: Havana Ferry Partners of Fort Lauderdale; Baja Ferries of Miami; United Caribbean Lines Florida of Orlando, and Airline Brokers Co. of Miami. CubaKat of Jacksonville hopes to launch similar service from the Florida Keys, though it has not yet received OFAC permission to do so.

Last year, more than 100,000 Americans without family ties to Cuba visited the island. So far in 2015, that number is up by more than a third — and could accelerate even faster now that OFAC has relaxed the rules on just who may travel there. Still, Americans comprise only a fraction of the more than three million tourists who visit Cuba annually (more than a third of them are Canadians on cheap package tours).

While outright tourism is still a no-no, individuals no longer have to fill out cumbersome forms explaining the purpose of their travel. In addition, people who fall within the 12 allowed categories of travelers — educators, those on humanitarian trips, clergy members, journalists and the like — may now bring along close family members.

The Obama administration, which would like to see an end to the embargo altogether, is pushing for a bilateral aviation accord that would let Cubana de Aviación fly to U.S. destinations, while Delta, JetBlue and other U.S. carriers would be able to fly directly to Cuba. With larger airlines offering more seats to Cuba than the charters can, prices are expected to drop by as much as 20%, said Eddie Lubbers, founder of the Havana-based Cuba Travel Network.

John McAuliff of the New York-based Fund for Reconciliation and Development predicts that one year from now, “you’ll have scheduled commercial flights to Cuba out of most major metropolitan areas” either directly or connecting through airport hubs.

American Airlines alone expects to have flown 1,200 charter flights to Cuba in 2015, “more than any other airline,” it said in a press release. It already offers 22 flights from Miami, Tampa and Los Angeles to five Cuban cities — Camagüey, Cienfuegos, Havana, Holguín and Santa Clara — via charter operator Cuba Travel Services of Oakland, Calif.

Many details need to be worked out, including the sticky subject of judgments in U.S. courts that could lead to the seizure of Cuban-owned aircraft at U.S. airports to settle lawsuits. But once a commercial aviation agreement is signed, travel will really take off.

Vivian Mannerud of Airline Brokers Co. said she easily expects 1.5 million U.S. visitors to the island annually — even with the embargo in place — thanks to all the changes now being enacted executive orders. “I really thought I’d see it in my lifetime,” she recently told Cuba Standard Monthly. “I’m shocked at the speed it’s moving.” 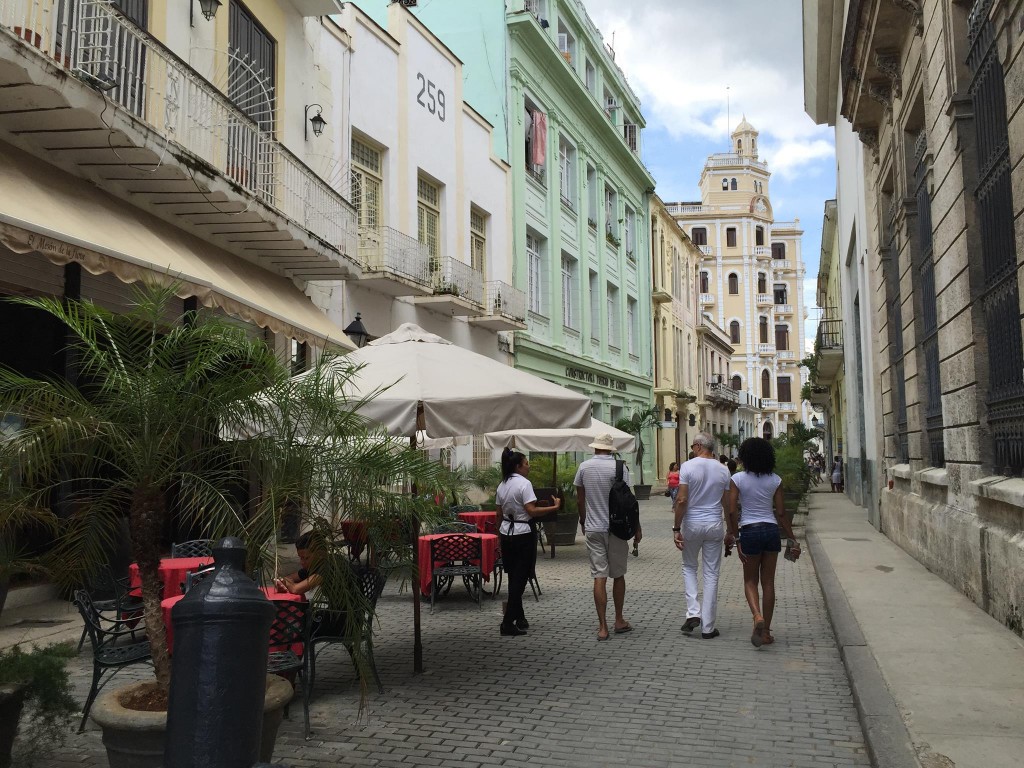 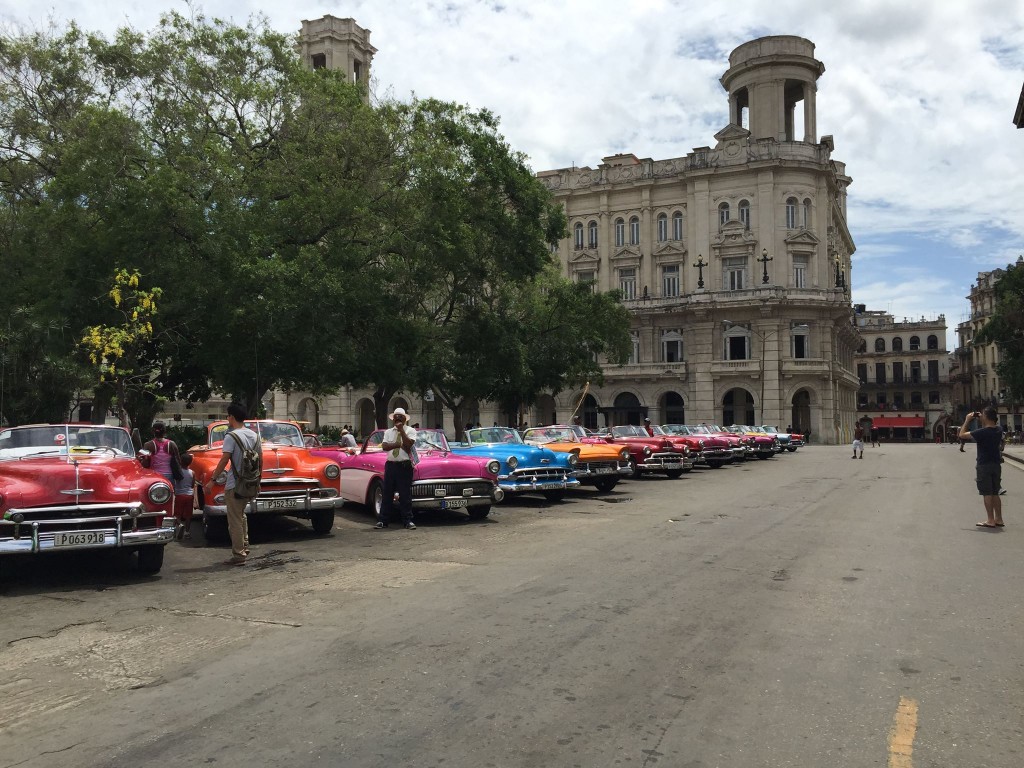 At the moment, Havana continues to maintain the charm that made it the most popular destination 50 years ago.