The opening of the first new concourse and seven gates at Delta’s new terminal, on the far eastern side of the airport, was celebrated at an event attended by New York Gov. Andrew Cuomo, and other government and airport representatives of the Port Authority of New York and New Jersey.

The seven new gates in the Delta concourse will start serving passengers – running 60 flights per day to Boston, Chicago and Washington, DC – on Monday, November 4. This is the second new concourse to open as part of the complete rebuild following the opening of the new 18 gate con-course unveiled at Terminal B last December on the airport’s western half.

Customers will be welcomed into the new concourse by an open and airy entrance with innovative backlit 3D Delta super-graphic and floor-to-ceiling views of Citi Field, home of the New York Mets, and Flushing Bay. 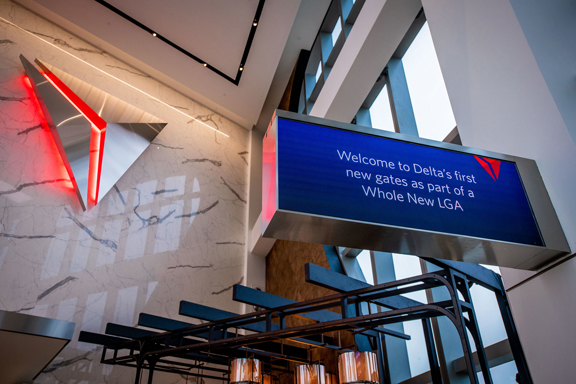 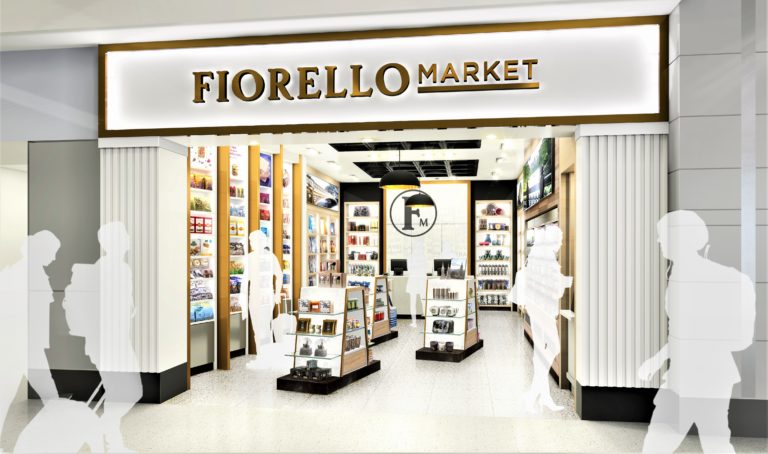 iPorte is a one-of-its-kind electronics store developed exclusively for the travel retail technology segment — its logo artistically incorporates headphone and airplane elements. Products are categorized as Good, Better, Best with price points for every budget.

iPorte is equipped with listening stations to allow customers to test audio-based devices before making their purchase. 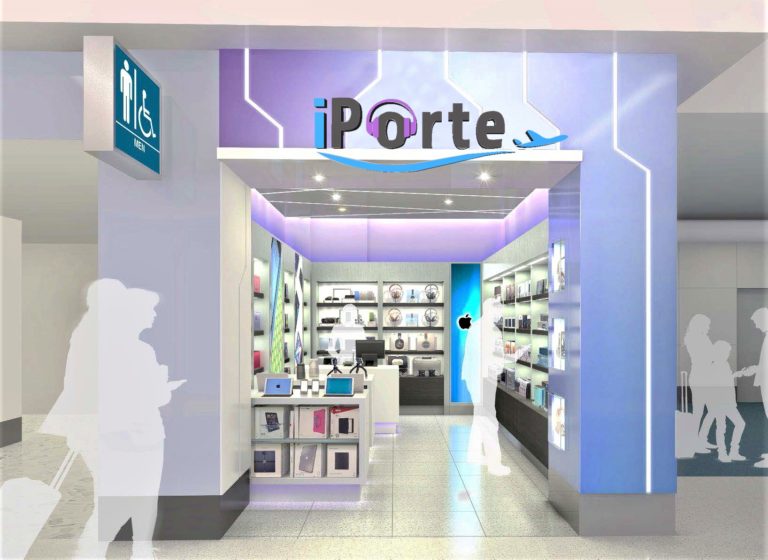 With Fiorello Market and iPorte Stellar will have six stores in operation at LGA Airport.

“Celebrating these stores is particularly exciting as LGA is the first location for each brand. These openings truly demonstrate how nimble travel retail is to innovate along with trends,” said Stellar President and CEO Padraig Drennan.

On the western side of the airport, the new $4 billion Terminal B, being built and operated by the private consortium LaGuardia Gateway Partners (LGP), is replacing the obsolete terminal that opened more than 50 years ago.

On the eastern side of the airport, Delta Air Lines’ new $4 billion Terminal C will ultimately comprise a total 37 gates across four new concourses. As part of the redevelopment project, each new terminal will be equipped with electric ground service equipment charging facilities to accommodate an electric fleet.

LGP and Delta are privately financing roughly two-thirds of the redevelopment’s costs, and the Port Authority has committed the remaining one-third – most of it for overhauling and simplifying the current labyrinth network of on-airport roadways.

Additionally, last week the Port Authority board of directors approved the funding needed to build the LaGuardia AirTrain, which is currently undergoing Federal environmental review.