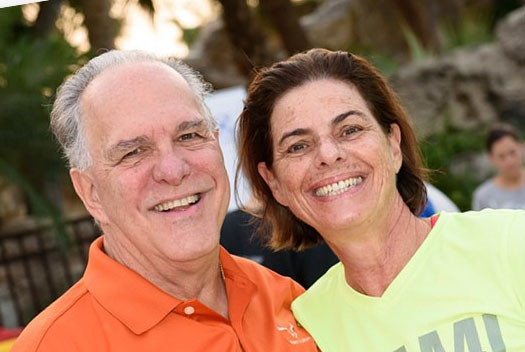 Essence Corp.’s Patricia Bona with the late Alberto “Pancho” Motta Jr., at the first annual 5K Fun Run/Walk in Orlando, just one of the many joint projects between Essence Corp. and the IAADFS. The Bonas and the Motta family can look back on 40 years of friendship, says Patricia Bona.

When you start a business, your goal is to make money. Be successful. Excel in the field. But a rare few rise above the dollars and cents aspect of commerce to become something much more—a vitally engaged and giving member of its community.

Essence Corp., the family-owned distributor/agent of fine fragrances and cosmetics headed by Jean-Jacques and Patricia Bona for the past 30 years, is one of these very special enterprises that sees its rationale for being as going far beyond the balance sheet.

On the occasion of the company’s 25th anniversary in 2013, Patricia Bona talked with TMI about their industry relationships and the qualities that she and Jean-Jacques hoped come to mind when people think about their company:

As Essence Corp. now celebrates its 30th anniversary, one indication of its loyalty and respect for those with whom they work is the company’s ongoing relationship with industry association  International Association of Airport & Duty Free Stores (IAADFS), which this year is holding a joint Summit of the Americas with South American Duty Free Association ASUTIL.

“We congratulate the Association for improving the show, year after year. We support the joint venture with ASUTIL and we think that the new format of the Summit combining conferences with trade show illustrate how both Associations are there to serve its members first,” commented the Bonas, as they looked back over highlights of the past three decades.

“Our Company has attended what we all called ‘The Convention’ since the ‘70’s. Those were the times of the Four Ambassadors, the Carillon Hotel, The Sheraton Bal Harbor before moving to larger hotels with Convention floor space, in Hollywood, Ft. Lauderdale and Orlando. The first Conventions had an intimate and family feeling, mainly because we were all ‘under one roof’ which allowed us to spend the three days and nights talking about business but also having a good time. Although today the space is larger, there are over 400 company members and communication is at the palm of our hand, the Association has kept that ‘all under the same roof’ feeling which is so important among operators, buyers and suppliers of our industry. And we love it,” said Patricia Bona.

“The IAADFS Convention was since its first edition, and still is, an essential meeting to attend. Although it was originally directed to the U.S. airport duty free operators and their suppliers, it immediately expanded to the Latin American and Caribbean part of the business. New suppliers also were eager to showcase their products, making the IAADFS Duty Free Show of the Americas the most important meeting of the Duty Free industry for the Americas, a true crossroad of our industry,” added Jean Jacques.

“As master Duty Free distributors for the region, it is essential for us to meet our customers, discuss with our suppliers, and feel the industry trends, all in three days, and again ‘all under the same roof’,” he says. 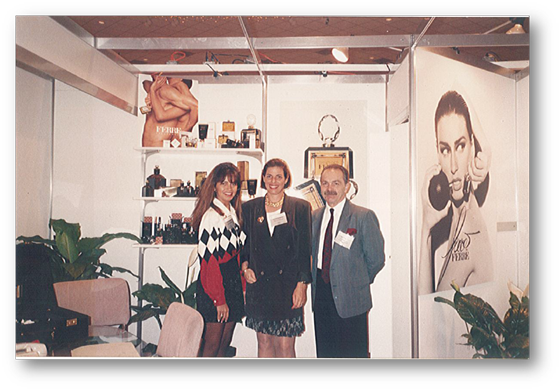 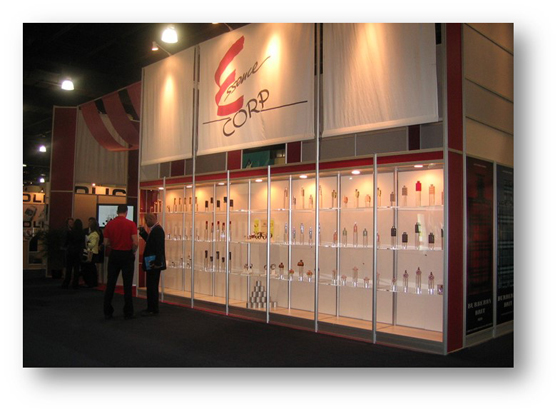 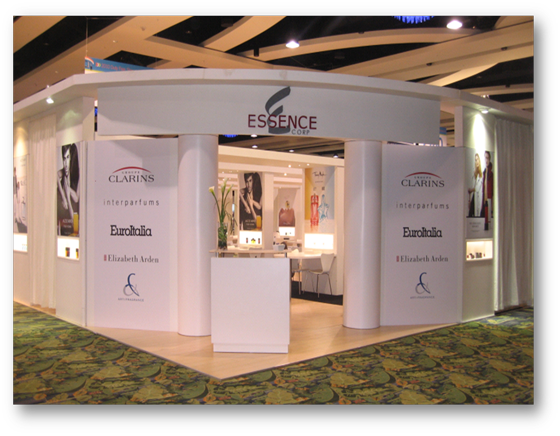 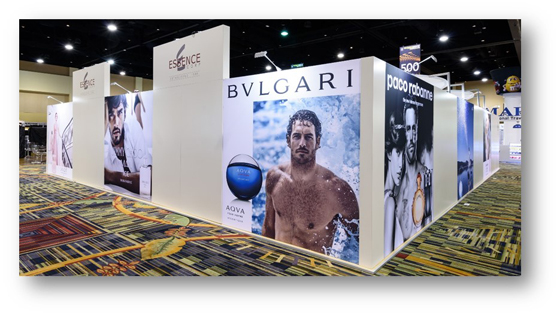 Essence Corp. has been a constant and integral participant at the IAADFS Duty Free Show of the Americas over the years: 1988 at the Hollywood diplomat Hotel; 2005 at the Broward County Convention Center in Ft. Lauderdale; 2007 at the Marriott World Center in Orlando, and 2017, again in Orlando.

Michael Payne, president and CEO of IAADFS, recognizes and deeply applauds the depth of the support given to the Association by the Bonas.

“The Essence Corporation led by Jean Jacques and Patricia Bona for me has always represented excellence at the highest level,” Payne tells TMI. “IAADFS is 50 years old this year and Essence Corporation celebrates 30 years of success. While I haven’t been there from the beginning it has always felt that the two organizations grew up together. The emergence of Essence as a major player in the Duty Free industry through the leadership of the Bonas has been an impressive and wonderful story on the evolution and success of their company.

“Importantly, beyond the business success achieved, they have been leaders in giving back to the community and sponsoring charitable events and volunteering to help whenever asked. It’s part of the culture of their company and who they are as individuals,” he stressed.

Essence Corp.’s support goes beyond participating in the IAADFS annual events. The company has helped define the Association’s role in the industry as it contributes on many levels.

“Essence Corp. has been a tremendous supporter over the years for IAADFS and helped shape the various approaches and direction that IAADFS has implemented with our Show of the Americas and now the Summit,” explains Payne. “Essence volunteered without hesitation to sponsor our charitable Fun Run/Walk and contribute resources and dollars to that activity. They are always helpful with their advice and suggestions and always ready to contribute to the overall success of the industry. It is a friendship and relationship we look forward to continuing for many, many years to come,” he said.

Perhaps because Essence Corp. is a family company (Patricia and Jean-Jacques now share management of the company with son Antoine Bona, daughter Laetitia Bona Piedra, nephew Guillaume Bona, and long-time employee Gabi Medeiros Humbles) they treat their working relationships and their involvement in the community as if they are taking care of family; with compassion, with commitment, and with generosity. These qualities are present in all that they do, and are reflected in their work with the IAADFS.

“We have many memorable moments at IAADFS and each year brings a new one, loaded with emotions. The project of building our first own Essence Corp. booth came true in 2006, and that white structure unveiled on Monday morning certainly made our heart beat faster. It was also a way for us to show our support to the Association at a time when companies were pressuring for hotel suites rather than booths. One year later, we hosted our traditional cocktail party in the Ft Lauderdale Antique Car Museum ‘All On Board!’ sending the message that we are a true Association, acting together,” recalls Patricia and Jean-Jacques.

They continue: “We continued the tradition of the cocktail gatherings, and the year of the Oscar de la Renta Fashion Show certainly was special. More recently, we are very proud to sponsor the Fun Run/Walk on Sunday morning benefiting a charity in the region.”

Essence Corp.’s community spirit is evident far beyond the borders of the duty free/travel retail landscape, and is especially active in the local Miami area where the company is headquartered. The Bona’s philosophy of philanthropy is deeply embedded in the DNA of the company and a full reckoning of their contributions would take more space than we have here.

But among the highlights are major events calling for the participation of the whole Essence Corp. work family, like its fielding of a full team at the Mercedes-Benz Corporate Run for charity every year since 2009 to more intimate company-only endeavors like building a home for Habitat for Humanity, planting a community garden, or helping clean up local beaches, which the Essence Corp. staff have done several times over the years. 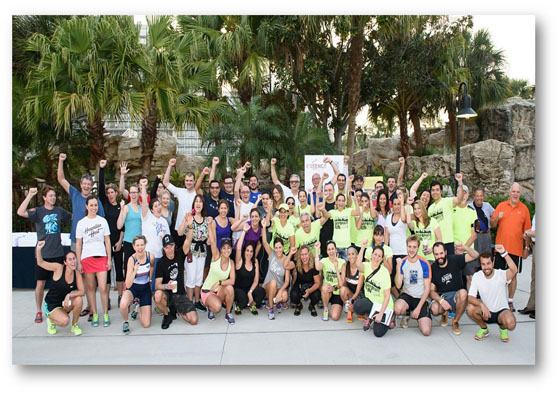 Essence Corp. staff have also ridden bikes to raise money to fund cancer research; run races for Hand in Hand for Haiti, MADD (Mothers Against Drunk Driving), and Susan Korman Cure for Cancer, among others. They have volunteered to prepare and serve meals at the Miami Rescue Mission and are significant contributors to The Buoniconti Fund/The Miami Project to Cure Paralysis and Act4Me, which provides funding for therapy to children with neurological disabilities.

Some of their events are fun, like when the Essence Corp. men staged a No Shave November to raise cancer awareness last year; and some are educational happenings, such as mentoring students at the ESSEC Business School and running seminars in association with the French Consulate during Miami’s annual French Week.

It also goes without saying that the company contributes money and energy to those in need from local disasters in the region, from Chile and Haiti to the Caribbean.

Essence Corp. is a business success story. They have made money, they are accomplished, and they have excelled in their field. But their success reaches far beyond the confines of the industry; their generous heart, their good works, and their philanthropic pulse continuously make the the world a better place, and that is true success.