Abdul Waked, the head of leading Latin American duty free operator Grupo Wisa, has always loved luxury goods. Hailed as a visionary, Waked’s original La Riviera stores in the 1990’s transformed the way fragrances and cosmetics were sold in much of Central America and introduced the concept of perfumeries in Panama. In La Riviera, top-name fragrances and cosmetics found a fitting showcase, and the stores became the launch pad for such important brands as Bobbi Brown, Creme de La Mer, Victoria’s Secret, Kiehl’s and many others in the region. Now, Abdul Waked’s vision has expanded far beyond perfume. Today, Grupo Wisa operates more than 300 stores in duty free markets and other locations in 14 countries, adding the La Hora watch stores to the La Riviera portfolio, as well as boutiques for H. Stern, Jimmy Choo, Burberry, Bijoux Terner and Samsung. The company employs more than 5,500 people throughout the region, with warehousing and logistics operating out of a massive facility in the Colon Free Zone. But Abdul Waked’s passion for luxury is most apparent in his new masterpiece of retailing: the $350 million Soho Complex in downtown Panama City. Located on a full city block on Panama’s important Calle 50, the 80,000 sqm, three-tower multi-use facility includes residential and office accommodation, what will be the first Ritz Carlton Hotel in Central America, a casino and—connecting it all—a 34,000 sqm luxury shopping mall offering the most prestigious brands in the world, top-notch entertainment venues and a choice of regional and international restaurants.

The 44-floor South Tower office building and the 4-story Soho Mall are open now. The 226-room hotel and 80 residence suites, casino and 26-story North Tower are scheduled to open in 2016. “I have always loved luxury brands. Always. For my stores today I present luxury not only in perfume, but in all categories, liquor brands, accessories brands, watch brands, fashion brands. I relate to luxury. This has all come together in Soho Mall,” Abdul Waked tells TMI in a meeting in his current offices, overlooking the construction at Calle 50 a block away. “I think that my Soho Mall is the most prestigious mall in Latin America. I am not sure if one exists like this even in the United States. It is unique. We have boutiques for Valentino, Bottega Venetta, Christian Dior, Louis Vuitton, Yves Saint Laurent, Chanel, Prada, Fendi, many more. Soho Mall has the most luxurious brands there are,” he says. 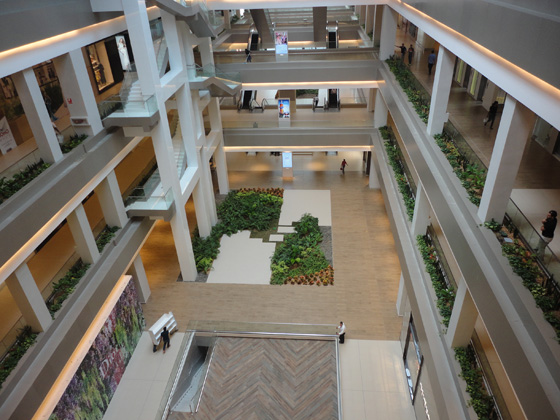 When completed the Soho Mall will house 100 stores in “an extraordinary”, with boutiques for such luxury brands as Valentino, Bottega Venetta, Christian Dior, Louis Vuitton, Yves Saint Laurent,
Chanel, Prada, Fendi, many more. 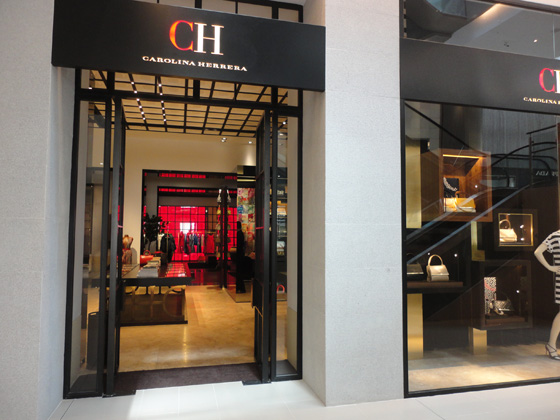 Soho Mall will house 100 stores in “an extraordinary ambiance,” says Grupo Wisa Vice President of Corporate Affairs Juan Luis Correa. “The care that went into planning every detail was exceptional. Even the building materials were brought over from Italy and Europe.” “Soho was my dream—and I made it a reality, step-by-step,” explains Abdul Waked. “We have spent five years in the construction. The project is very complex—it brings together a mall, office towers, a hotel, a casino. And most important, this is multi-use and all in one unit. Even the parking is ground-breaking, with five levels located underneath the building instead of above ground. We had to go below sea level. This does not exist in Panama. The parking was a significant expense by itself.” Grupo Wisa believes that it will find an eager customer for its top of the line luxury offerings at Soho, says Correa. Panama’s robust economy and prosperity have filled the city with highly sophisticated affluent consumers, who often go to Miami, New York, Paris and London to shop: “So now they can shop at Soho,” he says. Soho is enticing people with many attractions in addition to shopping. It has already opened a 7-screen VIP Cinema featuring all leather, electrically controlled seats; a Spa and Sports gym and the largest casino in Central America are still to come. The full range of restaurants include Paris’ famous Ladurée in an open-air location on the ground floor of the mall, in a site that looks as charming as the sweet shop’s iconic macaroons. Rolex is debuting its new concept store in the Americas in Soho Mall, only the second in the world after Dubai. Grupo Wisa itself is unveiling its new La Riviera in Soho as well. But the mall is really all about the brands, many of which will be available for the first time in Panama in Soho. “We spent five years bringing in the most prestigious luxury brands. [My son] Hamudi was very instrumental in this phase and was very successful,” says Abdul Waked. As for Mr. Waked, his passion for luxury persists. He would like to expand the Soho concept to other countries in South America –beginning with Bogota, Colombia and Lima, Peru, and is already searching for property for the next projects. Hamudi Waked: Duty Free at the heart of the Wisa DNA Hamudi Waked, Executive Vice President of Grupo Wisa, emphasizes that the duty free business continues to be at the heart of the family-owned company. “Grupo Wisa has grown so greatly and so fast over the past few years and now encompasses real estate, newspapers and insurance,” he says, “but the DNA of the company continues to be the luxury business of perfume, cosmetics, accessories and liquor – what we call the duty free business. We have a very strong position with a core business and are now investing even more than before in this segment,” he tells TMI. Hamudi Waked points out that Grupo Wisa is remodeling many of its old La Riviera duty free stores at Panama’s Tocumen International Airport, where the company is the largest duty free operator. “We have some new stores opening too. We just won a bid to open a Columbia sportswear store in Tocumen; and we just remodeled our flagship store for our La Hora high-end watches. We are also investing heavily in Colombia at El Dorado Airport, installing beautiful new counters in our La Riviera store there. We are expanding in Mexico City Airport also with a big store that is launching exciting new concepts and new brands, as well as remodeling some of our key branded boutiques,” Hamudi Waked tells TMI. “To serve the Uruguay and Brazil market, we are opening new stores, including a very strong 4,000 sqm meter La Riviera concept in the Melancia Mall in Rivera, Uruguay, which should be ready in the next two to three months.” Duty free remains a very important category for Grupo Wisa, and continues to increase, says Hamudi Waked. “When the new South Terminal opens in Tocumen in 2017, and passenger traffic increases to more than 14 million, we expect the business to grow significantly.” The company is organized with one team for duty free, and another team to handle local market operations. One way Grupo Wisa has been improving its business is by adding more qualified staff, says Hamudi Waked. “Bringing added value is very important to our duty free strategy. In Panama, Mexico, Colombia and Central America, and now in Uruguay, especially when the new mall opens, we are always looking to bring something new to the consumer. La Riviera is always thinking about our passengers and consumers. We want them to have the best products and quality and service possible.” The company vision reflects this philosophy: “Maintain a leading position in the distribution of luxury goods in the region of Latin America.” Next year, after the Panama Soho project is completed, Grupo Wisa will be building a brand new, totally computerized warehouse in the Colon Free Zone. The new warehouse will replace the company’s present 45,000 sqm facility, which currently handles approximately 30 million items a year into and out of the facility, covering some 1.2 million SKUs. The new warehouse will offer top-line technology and more efficient design, comments Rey Flores, Grupo Wisa’s Logistics Manager.