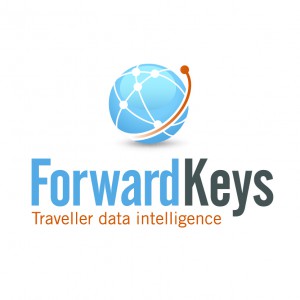 Mexicans are forsaking visits to the United States, many in favor of Canada where their money goes further and visa requirements have been scrapped, according to the latest data from industry booking analyst ForwardKeys.

While US President Trump has talked about building a wall on the Mexican border, Canada’s new policy of visa-free travel for Mexicans, which had been announced in June, went into effect on Dec. 1, spurring an 82% increase in Mexicans traveling to Canada compared to the preceding year, says ForwardKeys.

While Mexican travel to Canada is booming, the number of Mexicans traveling to the US began to decline even before the November 2016 US election.

Before November 8, bookings from Mexico to the US were down 9%, reports ForwardKeys.

After the US presidential election, the decline persisted even as the US dollar weakened against the Mexican peso, which normally makes travel to the US more attractive.

Mexico is the United State’s second-largest inbound tourism market (after Canada), accounting for some 12.3 million visits in 2016 (Department of Commerce preliminary figures). Forbes, quoting a study by research firm Tourism

Economics, reports visits from Mexico to the US could drop 7% this year, which would represent a $1.6 billion loss in direct economic spending by 2018.

ForwardKeys CEO Olivier Jager points out that the “setback” in travel between Mexico and the US was not “uniform” since they measured a 3% growth in business travel to the US during this time.

“Attributing the fall in Mexican visitors to the USA to Donald Trump’s rhetoric is not proven. Currency concerns are a much more likely explanation, combined with the recent relative relaxation of entry restrictions to Canada,” he commented.