Tairo International has been appointed the distributor of iconic British bath and body brand Molton Brown in the Caribbean and Mexican travel retail markets, as of June 2021. The Molton Brown brand will add dimension and variety to Tairo’s portfolio. Tairo CEO Robert Bassan says: “The iconic brand will be a perfect complement to our […]

Miami-based fragrance distributor Tairo International held a high profile, impactful launch for the new Marc Jacobs Perfect fragrance with SEARS Mexico across its stores in February, which included dressing windows and store fronts, as well as interior podiums and sampling. The HPP followed Tairo’s December 2020 launch in travel retail stores throughout the Carib-bean and […]

The International Monetary Fund cut its outlook for global growth to the lowest rate since the financial crisis in its latest outlook issued in April. The world economy will grow 3.3 % this year, down from the 3.5 % the IMF had forecast for 2019 in January, according to the latest World Economic Outlook. World trade, which had been growing at about 5%, expanded by 3.8% last year and is forecast to rise 3.4% in 2019. Latin America is particularly hard hit, […]

The new Mexico City International Airport, which has been under construction at a greenfield site in Texcoco since 2014, has been cancelled, confirmed Mexican Communications and Transport Minister, Javier Jimenez Espriu, last week. Mexico’s President Andrés Manuel Lopez Obrador, who took office at the beginning of December, made a campaign promise to hold a public […]

3Sixty (formerly known as DFASS) has been awarded a 10-year contract for the duty free concession at the International Cruise Terminal in Costa Maya (Mahahual), Mexico. The new contract with the ITM Group covers a 3,400 square foot full walk-through retail store located directly in front of the cruise pier, which should be operational in […]

Mexico’s incoming President Andres Manuel Lopez Obrador this week announced that he is stopping construction on the $13 billion Mexico City airport, which is already one third completed. According to Bloomberg News, Lopez Obrador scrapped the project after almost 70% of 1.07 million people who participated in a national referendum voted against the airport. The […]

Dufry has signed an agreement with Aeropuertos del Sureste (ASUR) for the extension of the Cancun airport concession in Mexico to operate duty free and duty-paid shops at Terminal 2, 3 and 4 for another ten years. The contract at Cancun airport, which welcomes close to 20 million passengers per year, covers retail space of […]

Grupo Aeroportuario del Sureste (ASUR) will be issuing a tender for a Master Concessionaire to operate the duty free concessions at Cancun and Cozumel airports, which are due to expire in May 2017. The privatized airports have been operated by ASUR since 1999. “We will have the tender documents out no later than June […]

Miami-based travel retailer DFASS has been awarded the duty free concession for the International Cruise Terminal at Cozumel, Quintana Roo following an open tender. The contract is for a ten-year term and covers a 10,000sqf duty free shop located directly in front of the cruise pier. The space should be turned over to the retailer […] 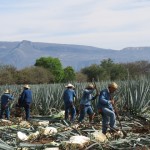 Although Herradura tequila did not become part of drinks company Brown-Forman until 2007, both companies have been around since just after the American Civil War, creating world-renowned spirits for almost 150 years. Both companies also shared a tradition of quality and innovation, one of the foundations that has helped drive Herradura as it has spread […] 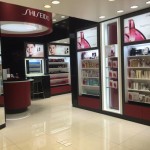 The DFASS Group and Eastern Air Lines announced today that they have agreed on a long term multi-faceted partnership. Eastern, an iconic name in aviation history is being re-launched and will provide charter operations later this year using its fleet of 737-800s, with initial operations slated for the Bahamas, Jamaica and Mexico. DFASS and Eastern […]