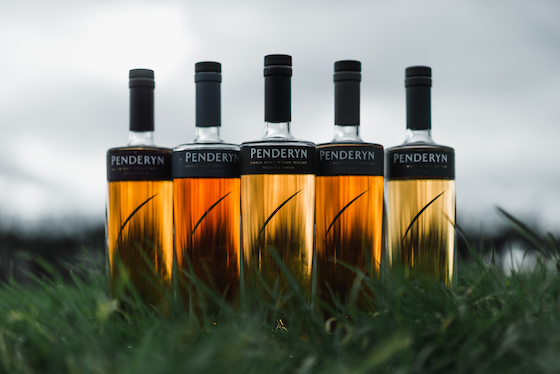 Penderyn Whisky is not just another scotch, Penderyn Distillery CEO Stephen Davies tells TMI. The whisky from Wales has a unique story to tell and a one of a kind still which together help fuel the company’s ambitions to grow the brand around the world.

“Penderyn is very much a Welsh Whisky. And being from Wales is very special because we represent the country. We are the undiscovered Celtic country. It is an opportunity to tell a story.”

The brand’s geography is announced through its name. Penderyn Distillery is also known as The Welsh Whisky Company.

“Penderyn became the first whisky to be made in Wales in over 100 years when we first started distilling 20 years ago in September 2000.”

Davies says that the story of Penderyn Whisky cannot be told without its unusual Penderyn Faraday still.

“The Faraday still gives us a very unusual point of difference with flavor. We get a much lighter distillation, less oily. When you are tasting Penderyn for the first time and you are used to drinking scotch whisky you will notice it is markedly lighter.”

The still, designed for Penderyn by Dr. David Faraday, is a single copper-pot, which Davies says gives Penderyn its “lightness of spirit.”

“The still is a bit different than the pot still distillations in the traditional stills that you would see in Scotland or Ireland or Kentucky. One of the reasons for that is we bring the spirit off the still at 92% alcohol by volume,” says Davies.

“Our still was part of the European project to make a still that would be more energy efficient. It was designed to be a very versatile still. So in theory you could make vodka on a Monday, gin on a Tuesday, and whisky on a Wednesday. But we’ve never done that. We are dedicated 100% to single malt. 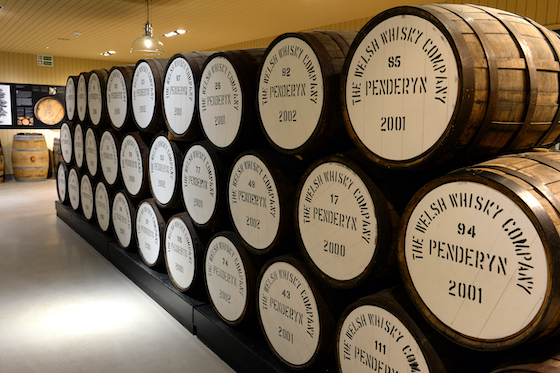 Penderyn has won acclaim and awards for its whiskies around the world including 18
Liquid Gold awards in the Jim Murray Whisky Bible 2021, and five Gold awards at the Spirits Business World Whisky Masters 2020.

Taking Welsh Whisky around the world

Penderyn is sold in 40 markets globally, and even with the current COVID-19 pandemic curbing its growth, the company has plans to expand its international business.

In June Penderyn hired Simon Roffe as its new Director of Business Development to help reach its growth goals. Roffe joined Penderyn after 35 years in the drinks industry with stints with Diageo and Remy Cointreau and most recently with Halewood Wine & Spirits.

“We are excited to work with someone as experienced as Simon,” Davies said at the time of the hire. “We are all naturally looking forward to seeing where we can take Penderyn with his drive and experience in the months and years to come.”

“Simon’s exceptional work in the global travel retail market and developing international markets, in particular, will support the plans we have in place for Penderyn over the next five years.”

“We’ve been doing a lot of business in the UK travel retail channel with Dufry, but we didn’t do an awful lot outside the UK. We see travel retail as a priority channel. I always saw it as a long term game. We are a small brand in a world that is dominated by large companies and larger brands. My guess is that it has become an even longer term project for us. We see it as an important component of being a rounded malt whisky brand. Travel retail is still very much on the agenda,” says Davies.

“We are in 40 different countries, but for some of them we can do more brand building work. I suspect that in some of them we need new or bigger partners, and there are plenty of other places that we need to be. We have a very ambitious program of growth.”

Roffe says Penderyn has ambitious goals in both the short and long term.

“‘Doing more and doing better in core markets’ pretty much sums up the direction the business wants to go in. We are ambitious to grow and are investing in our distilling capacity. The growing interest in new ‘World Whisky’ gives Penderyn a perfect opportunity to make the most of that extra capacity,” Roffe tells TMI.

Penderyn now has enough to aged stock to match its ambitions.

“When you are a new distillery having a continuity of stock, having availability of good whisky is a challenge. Twenty years in we are in a much more luxurious position of having more aged whisky. It will allow us to push on our export plans. So it is a very exciting time for us to have Simon coming on board,” says Davies.

“We are a small team, but we have some very specific targets. If we are not doing the preparations, laying the foundations now, when things do get a little bit easier we will get left behind.”

Penderyn’s most important market is the UK, with France and Germany its largest export markets in Europe.

“In the UK we have great distribution. In Wales we have eight regular expressions of the whisky, which are also very well distributed in Wales. In the UK we are with all of the big supermarket chains. For example we are in 600 Tesco stores around the UK. That is a big part of our business.

“In Wales you would be hard-pressed to find a pub, bar, or store that does not have a version of Penderyn,” says Davies.

“The U.S. is very much a growth market. Asia Pacific is very important for us as well. We are targeting six or seven countries there. We have a very specific plan for growth over the next few years.” 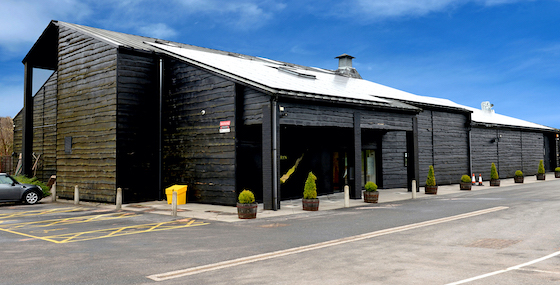 Penderyn has plans to triple its number of distilleries in Wales in the next few years.

Penderyn is planning to triple its number of distilleries in the next few years.

In May the Conwy Council voted to approve the second distillery, which is expected to open in Spring 2021 in Llandudno, Wales.

Davies tells TMI a third distillery is also planned for 2022.

“The rational is to bring more visitors in. In Penderyn we get about 40,000 visitors a year. We expect to get about 80,000 visitors a year at the new distillery. In 2022 we have plans for a third distillery in Swansea with the same configuration. And that will be another 80,000 visitors. The exciting things for the future are the growth plans for the distilleries. We are currently making 400,000 liters of pure alcohol. The new distilleries will give us 100,000 liters each,” says Davies.