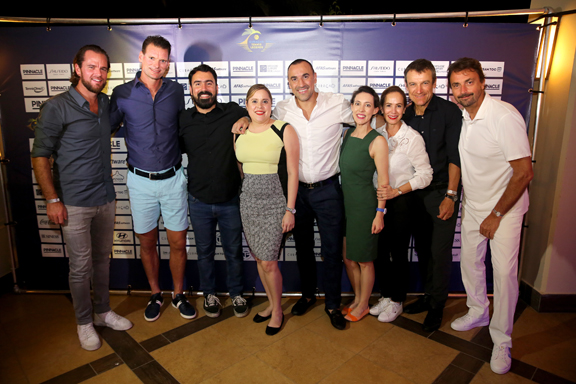 The 3rd edition of the Curaçao Tennis Legends, a yearly event organized by Team TOC and Penha Duty Free, took place this year on December 13-14 in Santa Barbara Beach & Golf Resort in Nieuwpoort.

Caribbean retailer Penha Duty Free and Shiseido Skin Care, distributed by Essence Corp, were sponsors of the event. The tournament has become one of the best B2B events of Curaçao, say the organizers.

The Curaçao Tennis Legends promotes tennis in Curaçao by stimulating an active lifestyle among children on the island. 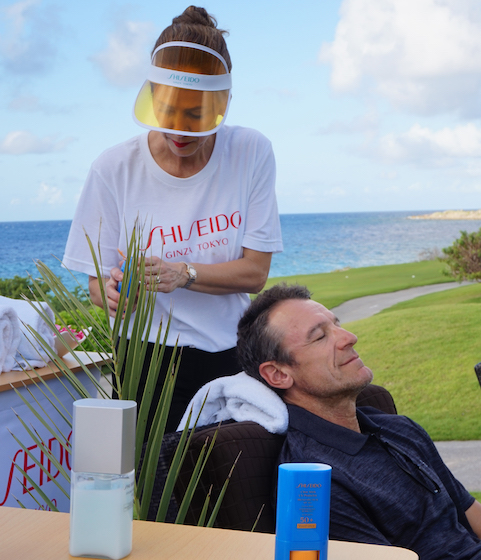 Mats Wilander being Shiseido sun prepped before his golf tournament

This year’s Legends, Xavier Malisse and Sjeng Schalken, joined seven-time Grand Slam winner Mats Wilander and audience favorite Henri Leconte. In addition to the games on Friday and Saturday, the 13th and 14th of December, the legends participated in clinics for local tennis talents, a school visit and a Pro Am for sponsors.

As the worldwide leader in suncare, iconic global beauty company Shiseido promoted its suncare line with clinics on how to protect skin against harmful UVA & UVB rays, while also offering skin care masterclasses at the JL Penha Punda & Salinja stores, where the brand is distributed.

On Monday, the Legends were guests at Curaçao Sport Club (CSC) and Mundo Nobo Tennis Club, Tuesday at the Racing Club Curaçao (RCC) and on Thursday they visited VJM College to provide a clinic for 300 school children.

The clinics and other activities are intended to promote tennis in Curaçao. During the final day of the event on Saturday, tournament director Eric Kersten and Henri Leconte handed out a check to Lucas Beaujon of the Curaçao Athletic Scholarship Foundation, in support of the foundation’s activities to give talented athletes on the island a chance to showcase their abilities to develop abroad. 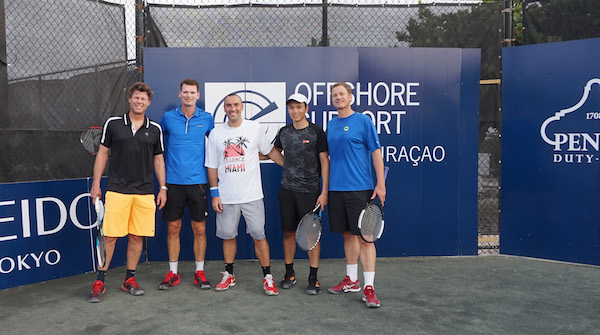 Mats Wilander won the third edition of the Curaçao Tennis Legends. The seven-time Grand Slam winner defeated Henri Leconte on Friday in a rematch of the 1988 Roland Garros final.

On Saturday, Wilander won in doubles along with Henri Leconte, Xavier Malisse and Shane Braden.

Current champion Wilander, from Sweden, has won seven Grand Slam tournaments (three times the Australian Open, three times Roland Garros and one time the US Open) and led the world ranking in the late 80s.

The organizer of the event, Team TOC, organizes and facilitates national and international sports events.