The five-month growth streak of increases in international visitor arrivals to the United States was broken in February, when 4.9 million international visitors were recorded, down by -0.3% from February 2015, according to the US Department of Commerce This follows the moderated growth reported in January.

Canada and Mexico continue to be the top inbound markets, although non-resident visits from Canada declined 13% in February. Visits from Mexico increased 3%, on the other hand.

During the first two months of 2016, eight of the top 10 countries, posted increases in non-resident visits to the United States, with only Canada (-13%) and Brazil (-23%) showing declines. For February, Canada, Brazil and France (-1%) recorded decreases in arrivals. 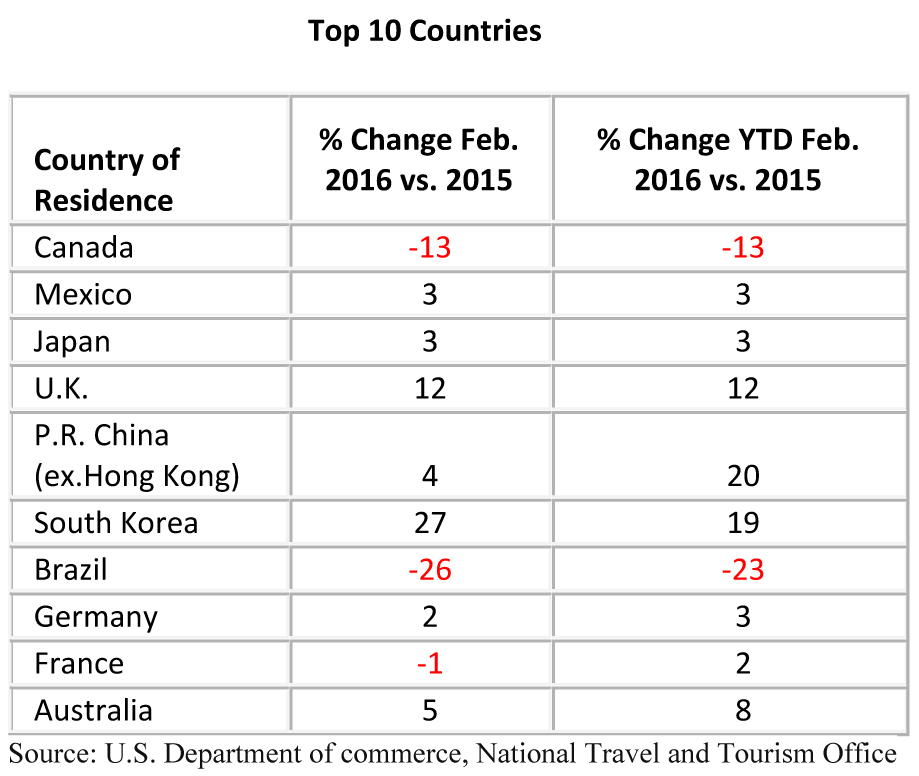