Premium spirits company Edrington and Miami-based World Equity Brand Builders (WEBB) have officially announced the formation of their new joint venture, Edrington Webb Travel Retail Americas.
The two companies reported in August 2014 that they were in exclusive discussions about a distribution partnership for the travel retail channel in the Americas, including Canada and the Caribbean.

The Edrington Webb joint venture follows the creation in October of Edrington’s new global travel retail business in Singapore. Led by Tellis Baroutsis, the unit will increase Edrington’s focus on this growth channel.

Juan Gentile, Edrington’s area director for the Americas said: “The creation of Edrington Webb will expand our reach and bring us closer to customers and consumers in this valuable and dynamic market. Edrington and WEBB have worked together in the Caribbean since 2010 and I am delighted at this opportunity to extend such a successful relationship.” 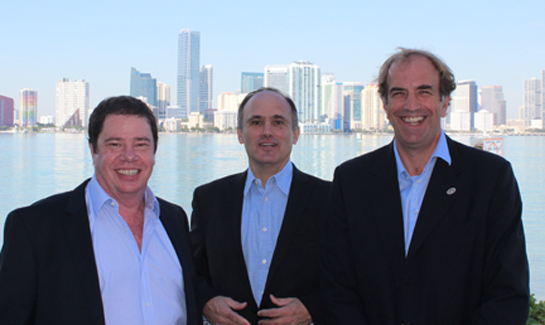 Andy Consuegra, chief executive of Edrington Webb Travel Retail Americas added: “We are honored to partner with Edrington and build on a very successful relationship. Edrington Webb Travel Retail Americas will offer a leading portfolio of premium spirit and wine brands, enabling our experienced team to focus on in-store execution, brand building and training from Canada to the Caribbean.
“We look forward to building excellent relationships with our customers and delivering strong results and long-term growth for our premium brands.”

The travel retail channel in the Americas and the Caribbean represents nearly a quarter of total duty free spirit volumes worldwide, with more than 5 million cases of spirits per year. Including airport duty free stores, cruise lines and border stores, it has an estimated annual value of more than $1 billion.

TMI presents a full report on WEBB and Edrington in the Americas in the Cannes 2014 issue of the Travel Markets Insider magazine.