Martin Kläusli – currently Head of Regional Accounts of Mondelez WTR – has been appointed as Sales Director of the Business Unit Switzerland, responsible for the Swiss domestic business. This position will utilize Kläusli’s experience in the European domestic market as he was Head of the European Exports team for over eight years. The position of Head of Regional Accounts has been removed from the new organizational structure. 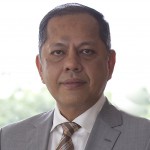 Jaya Singh – currently Head of Global Accounts of Mondelez WTR – will assume the newly created position of Global Sales Director WTR, responsible for both global and regional accounts. He will continue to be based in Zürich, with all Senior Business Development Managers remaining in their current locations and retaining their existing responsibilities.

Both Kläusli and Singh will report to Andreas Fehr. 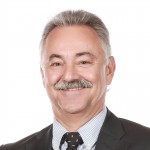 Mondelez says that there are valuable synergies to be leveraged by bringing together two key Toblerone markets. Toblerone is the number one chocolate brand in travel retail, and has been produced exclusively in Bern, Switzerland, from the very origins of the brand. Mondelez WTR believes that this strategic move will increase efficiency and improve speed-to-market, further strengthening Mondelez’s position as the leading confectionery supplier in the channel.

The streamlined sales reporting structure will be effective February 15, 2017.