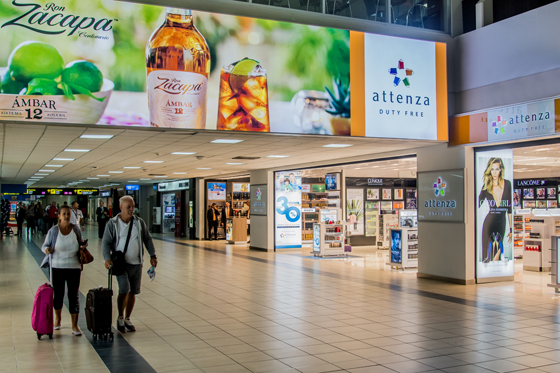 Motta Internacional’s Attenza Duty Free, which won the third block of stores in Tocumen International Airport’s Terminal 1 duty free tender last year and one of the two blocks of stores up for bid for Terminal 2 this August, is also rolling out a fresh, updated new look for its new stores at the airport.

As of the end of May, Motta had opened its new flagship in the main area of Terminal 1, followed in mid-August by the opening of a M.A.C boutique next door.

Covering about 350 square meters, the main store, located in a space formerly occupied by the Waked Group, is divided primarily into one area for beauty and another for spirits. It sports new signage, LED screens at the entrance, and a much brighter look than in the past.

The airport will turn over the last two spaces in the 700 sqm concession in October when the contracts expire. In the meantime, Motta is renovating several smaller spaces throughout Terminal 1 on a rolling basis.

The new 10-year concession contract in Terminal 2 adds 1,452 square meters of retail space to Attenza’s presence at Tocumen, and is in line with Motta’s strategy to further expand its presence in the regional travel retail business. The new Attenza Duty Free store in Terminal 2 will offer a wide range of products including most categories such as liquors, tobacco, perfumes, cosmetics, accessories, confectionery, sunglasses, watches, writing instruments, as well as fashion. 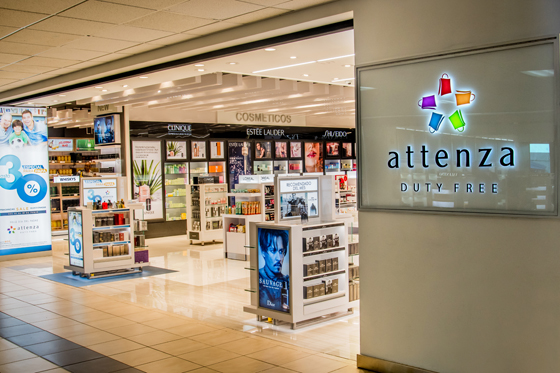 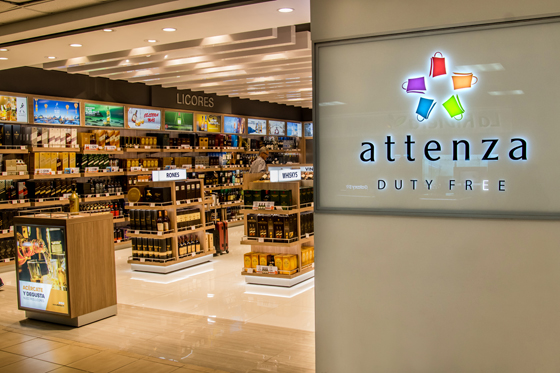 Erasmo Orillac, CEO of Motta International, commented, “We are very pleased about this new project not only because it reinforces our strong commitment to grow in the regional travel retail market, but also strengthens our relations with our commercial partners.”

Earlier in the day, Orillac had told TMI how very excited the company was about the new concession opportunity.

“We are looking forward to the new concession. This is our home after all, and we need to be here. We bid on a specific block this time around,” he said.

Despite his excitement about the new win, Orillac voiced a number of concerns about the airport.

For one, Motta Internacional was very disappointed in the delay around the opening of the new stores in Terminal 1, which he said was due to a lack of planning on the part of the airport authority. The delay, which ran from the end of December of last year to this April and May, left the airport with no duty free stores for more than four months and led to a $6.4m shortfall in revenues to the airport in the first half of 2018.

“It was not a good commercial transition, from Dec. 15 until we were able to open some pop up stores. The airport was without service for a couple of months,” he commented.

He also sees basic services in Terminal 1 as weaker than they should be.

“The Terminal looks better, but still has issues with air conditioning and electrical power,” Orillac said.

“Once they open the new Terminal 2, the Airport Authority will do some renovations on Terminal 1. These include upgrading sitting areas, bathrooms, floors that are cracked, air conditioning, basic infrastructure. They will have to do repairs little by little by blocks, so it could take a few years to complete. We may see this in 2019-2020.”

He is also concerned about some of the design elements in the new Terminal: “Tocumen lacks high ceilings and lacks space for branding, but does have a lot of light. Allocation of space could also have been better. We think there is room for improvement.”

Of most concern is the worry that the airport will not be able to handle the increased capacity without the addition of a third runway, he says.

With 15.6 million passengers in 2017, and 17 million expected this year, the new gates are expected to increase capacity to 25 million.

“Copa Airlines, which is the major user of the airport with 85% of the traffic, says the airport needs a third runway to handle the expected capacity and maintain its position in the aviation market. The airport has the land but it will be a multi-million dollar investment. But we see it coming in the next 5-10 years, especially since Copa continues to expand its fleet.”

Orillac points out that the new terminal was also designed for expansion, and he would not be surprised to see more gates added within another 5-7 years.

For now, Motta is looking to expand its presence further in the airport. In addition to the duty free stores, the company bid on the electronics concession for both terminals (which it has since obtained); and was bidding on the sporting goods contract along with Adidas, with whom it has partnered in Colombia, Ecuador and Panama. He says the company is also thinking about participating in the convenience store category bid, although that is a little out of their area of expertise.

Motta has also won concession contracts for five luxury boutiques in Terminal 2: one each for Cartier (which is returning to airport duty free after an absence), Montblanc, Hugo Boss and Ferragamo. The company has not announced which brand will occupy the fifth location. 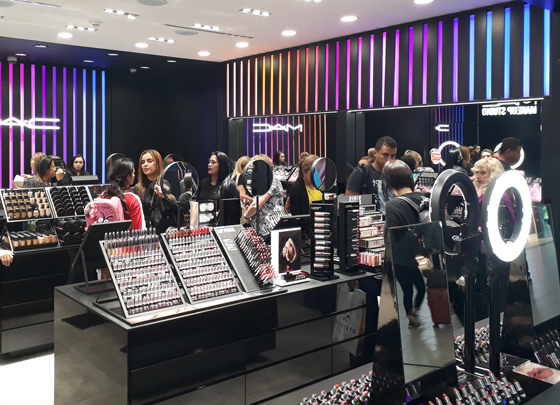 Motta opened a M.A.C. Boutique adjacent to the main duty free store in Tocumen Terminal 1 and is in the process of building sales, says Motta CEO Erasmo Orillac.

The official ribbon cutting inaugurating Terminal 2 is planned for April, and Orillac hopes to see it fully functional by May-June. He says that three or four gates will open temporarily in late January when Pope Francis will travel to Panama to participate in the Catholic Church’s World Youth Day rally.