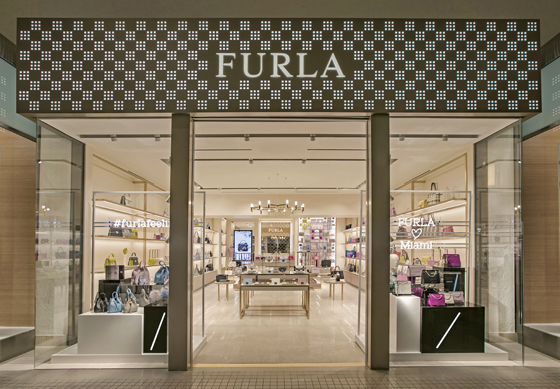 The 91- year old privately-owned company known for Italian style and heritage is growing its distribution in the wholesale channel in the US, adding doors with Bloomingdales, and doubling its door count with Saks, where it had exited for several years after being with the top-tier department store exclusively. 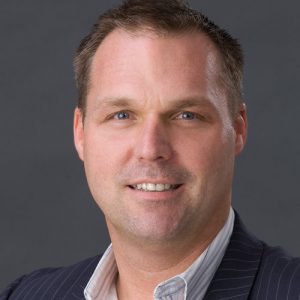 The company is also seeing good growth in the wholesale channel in Central and South America, Scott Link, Furla’s CEO of the Americas tells TMI during a one-on-one interview in Furla’s New York headquarters late this summer.

“We are moving in the right direction. We are really excited because we are growing the wholesale channel and opening new customers throughout the Americas. And in retail – this is our year!” he says.

After a restructuring, Furla currently has six full-price stores open in the U.S., including a one-year pop-up in the Forum Shops in Las Vegas. The most recent store is a nearly 1,200-square-foot location opened at Florida’s upmarket Aventura Mall that bowed in July with a major launch. In November, Furla will open store number seven in a long-awaited location at South Coast Plaza in Costa Mesa, California.

A major part of Link’s brief when he joined the company in November 2015 was to improve the positioning and locations of the Furla retail stores, which at one time numbered as many as 33 in the US. After “taking back” distributorships and partnerships, the company was down to five locations when Link came onboard, one of which was later closed.

Link –whose career spanned 13 years with Ralph Lauren among others –spent the first years of his tenure improving the infrastructure, reintroducing the brand to landlords who didn’t know how Furla has evolved.

“They knew the brand, but from the past. When I arrived Furla had purchased back the franchises or leases had expired, so all the retail in the US was owned by Furla, which enabled us to reposition the brand.”

Link says he spent a lot of time looking for the right real estate. The South Coast Mall in Costa Mesa, California was on the top of his wish list.

“Historically South Coast is one of the top performing malls in the US. And Furla does very well in the California market. So I knew that was where I wanted the brand to be.

“It became a major full on press tour to go out and meet with the key retailer landlords in the US where we wanted to position the brand and let them know about ‘the new Furla.’”

Two years after first meeting with South Coast, Furla got its location and is opening store number seven at the end of November.

“The South Mall owners were blown away with what they saw in our flagship store on Fifth Avenue and around the world,” he said.

What makes South Coast so special is that they are very selective of who they put in the mall and how they merchandise ‘neighborhoods,’ says Link.

“They were ahead of the curve before retail malls took a downturn. South Coast from the very beginning of their history in the 50s thought about how the consumer wanted to shop and about providing the right brands. The reason it took two years to get in there once we sold them on the new Furla was finding space in the right ‘neighborhood’ in terms of like brands and like price points. It was about getting the right location and the right size, and now here we are.

“We are definitely going after quality, and with the opening of The Forum Shops (in February), Aventura (in July) and South Coast (in November) this has been our year,” says Link.

Furla is also is in the process of opening some shop-in-shops with Falabella in Santiago, Chile. and operates a store in Panama at the luxurious Multiplaza Mall, where it has been for more than 13 years.

Outside of the US, Furla continues to operate with partners. It has two stores in Caracas, Venezuela, through a long-term relationship, which are obviously quiet at the moment; and opened with a partner in Quito, Ecuador in December 2017, plus another four shop-in-shops with Liverpool in Mexico last November. Furla also has distribution with partners in Peru and Uruguay.

“We have more interest from the local market in South America than we can physically handle,” says Link. “We have a partner in Asuncion, Paraguay that wants to open with us, but we are going very cautiously. Furla’s motto is that we are ‘cautiously optimistic.’  And being a privately-held company we have the ability to take our time and make sure that we have the right partner.”

“There are so many retail locations that we could open tomorrow, but we are going to choose really carefully to make sure that everything about where we open next is perfect. We insist on the right mall, the right neighbors, and the right size space to be able to tell our story the way we want the story told.”

Furla is growing its travel retail business in the region in conjunction with the local market/ Americas division, under the same precepts.

“In today’s world, any opportunity you have to give the consumer an update of your message at retail is critical, so whether it be in travel retail or in your own store or in a department store—it is a moment to make an impression. But you really need to make sure that it is the impression that you want them to walk away with,” says Link, explaining how he works closely with Travel Retail Director Gerry Munday to grow the business.

“We mutually approve all of the locations, and are closely aligned on both the travel retail and local markets because ultimately it is the same customer who is traveling, or going to malls or going to the top stores in the world,” he says.

“Travel retail follows on from what Scott is doing in the domestic markets in the Americas, especially because in the Americas you must have a major presence locally before launching in Duty Free,” adds Gerry Munday, Global Travel Retail Director for Furla.

“The Aventura store will help put us on the map in duty free. And it is opening more doors in Latin America for us,” she adds.

“A lot is happening for Furla at retail but we are being very selective. We are here for the long term and want to protect our brand. We are not desperate to open new doors if they are not right for us. We are looking for sustainability,” says Munday.

In addition to opening in Philadelphia and Pittsburgh airports, Furla will have new locations in the Americas with Heinemann, Duty Free Rouge in Grenada airport and Port Louis, and with Top Brands International in El Salvador.

“From 2010, when we started with 20 locations, to now when we have 300 doors, we have to be one of the fastest growing brands in duty free+,” concludes Munday.

For me, the concept of Furla is inclusiveness in luxury. This has always been part of the guiding principles of Furla. On my first day with the company, Giovanna Furlanetto, daughter of the founders, told me that her parents always believed that every woman deserves a beautiful handbag, no matter what she could pay. I think that is still true even though we have evolved the brand and become much more design focused. We still are making sure that the principle is “everyone is invited in” and we have something for everyone, not just in the design but also from a price perspective.

This 91 year old Italian company has shifted its whole marketing campaign to today’s very digital world with contemporary, surprising formats and surprising characters, and really adapting to what the consumer is asking for.

And I think there is a lot more to come. The collection keeps evolving and adding new ideas, but there is still something very familiar to it. It maintains the Furla DNA as it keeps reinventing itself in a way that is really lovely.